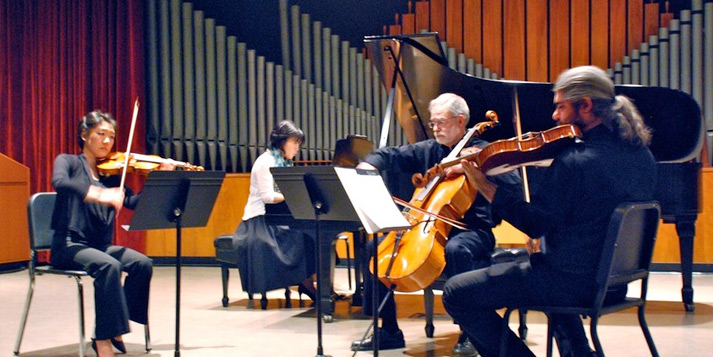 The late Stella Boyle Smith, who died in 1994 at the age of 100, was well known for her love of music and philanthropy. Smith was a Little Rock philanthropist and founder of the Arkansas Symphony Orchestra. She was born in Farmington, Missouri, into a large, musically inclined family. The family moved to Arkansas when she was two years old. She began singing at the age of three and graduated from high school at 14.

In 1922, she moved to Little Rock with her first husband, Dandridge Perry Compton, who died in 1935. Her second husband, George Smith, held various business interests and extensive farms in Woodruff and Arkansas counties, which allowed them to engage in philanthropy. Mr. Smith died in 1946.

In 1923, Smith’s love for music inspired her to start The Musical Group in her living room of her residence at 102 Ridgeway Drive in Little Rock, where she lived until she died. The group became the Arkansas Symphony Orchestra in 1966. Her initial objective was to establish the symphony as an educational tool for children, and, in 1968, she helped establish the Youth Orchestra.

In 1972, the symphony board of directors named her an honorary life member. Smith established a trust fund for the symphony’s permanent endowment in 1985. A loyal friend of music and the symphony, she attended nearly every performance and most rehearsals.

Smith enabled many students around the state to attend college through the more than 200 scholarships that she financed.

Upcoming Events in this facility...