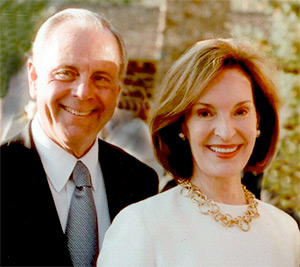 “Gaining a world-perspective is one of the most valuable gifts to give a student.”

The McLartys’ Global Philanthropic Impact at the University of Arkansas

Together, Mack and Donna McLarty founded the McLarty Global Fellowship Program in 2014, a program established to support international study for undergraduate and graduate students in the Fulbright College of Arts and Sciences, the Sam M. Walton College of Business, and the Clinton School of Public Service. The McLarty Global Fellowship Program creates substantive opportunities for interdisciplinary learning, research, and international experience at organizations such as Vital Voices Global Partnership and the Georgetown Institute for Women, Peace and Security, both based in Washington, D.C. It also honors three of the most influential Arkansans in modern history: Fulbright, Sam M. Walton, and William J. Clinton.

In 2006, the McLartys established the Donna C. and Thomas F. McLarty III Fellowship with a gift to the Center for the Study of the Presidency based in Washington, D.C. The fellowship allows students to attend workshops at the center twice a year. In 2002, with a gift of $100,000, the McLartys established the Thomas F. and Donna McLarty Endowed Study Abroad Scholarships Fund to create study abroad opportunities for students in the Sam M. Walton College of Business. 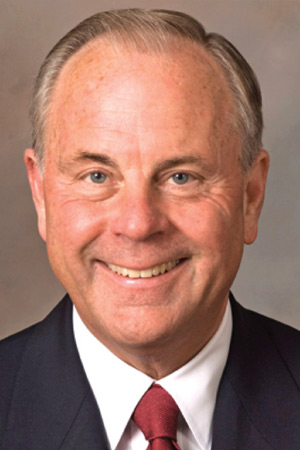 Thomas F. "Mack" McLarty is chairman of McLarty Associates, an international strategic advisory firm he co-founded with Henry Kissinger in 1998 following a distinguished record of business leadership and public service, including advising three U.S. Presidents: Bill Clinton, George H.W. Bush and Jimmy Carter. In addition to his leadership at McLarty Associates, he is an active member of the Council on Foreign Relations.

Prior to his government service, McLarty served on the Board of Governors of the Federal Reserve Bank of St. Louis from 1989 to 1992. His career included a tenure as chairman and chief executive officer of Arkla, a Fortune 500 natural gas company located in Little Rock. While under his guidance, Arkla grew into the nation's largest natural gas distributor, with customers in 11 states.

Today, he is chairman of McLarty Companies, a fourth-generation family transportation company. He is a director of the automotive businesses in Mexico and Brazil founded by his oldest son, Mark, who also led the McLarty auto operations in China. He is vice chairman of RML Automotive, an Arkansas-based automotive company, where his younger son, Franklin, serves as chief executive officer. 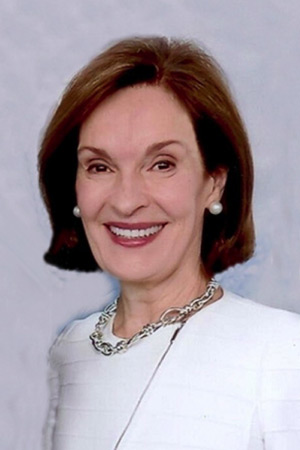 Donna McLarty is an advocate for worldwide efforts to support women, children and families—and a champion of international education, cultural diplomacy and interfaith dialogue as drivers of cross-cultural understanding. She is a co-founder, board co-chair emeritus, and member of the executive committee of Vital Voices Global Partnership, a non-governmental organization whose mission is to identify, invest in and bring visibility to extraordinary women around the world.

McLarty sits on the board of trustees of Blair House—the President’s guest house for visiting foreign dignitaries. She also serves on the Board of Directors of the Women’s Foreign Policy Group and is actively involved in promoting awareness of women’s leadership issues through the Meridian International Center, where she was a longtime board member. McLarty co-chairs the Global Initiatives Council at Wesley Theological Seminary and is a Trustee of The World Conference of Religions for Peace. She also serves on the Sponsoring Committee of the Forum of Conservation International.

In her home state of Arkansas, McLarty helped create and chaired the Centers for Youth and Families, co-chaired the Arkansas Commission for Juvenile Justice with then-First Lady of Arkansas Hillary Clinton, and served on the boards of the Arkansas Art Center, Arts in Education program, and Airport Commission.  She has been recognized with the Arkansas Community Service Award, the American Gas Association Humanitarian Award, and — together with her husband — the National Conference for Community and Justice Humanitarian Award.

McLarty is a 1968 University of Arkansas alumna; she graduated with honors with a Bachelor of Science in Business Administration from the Sam M. Walton College of Business.