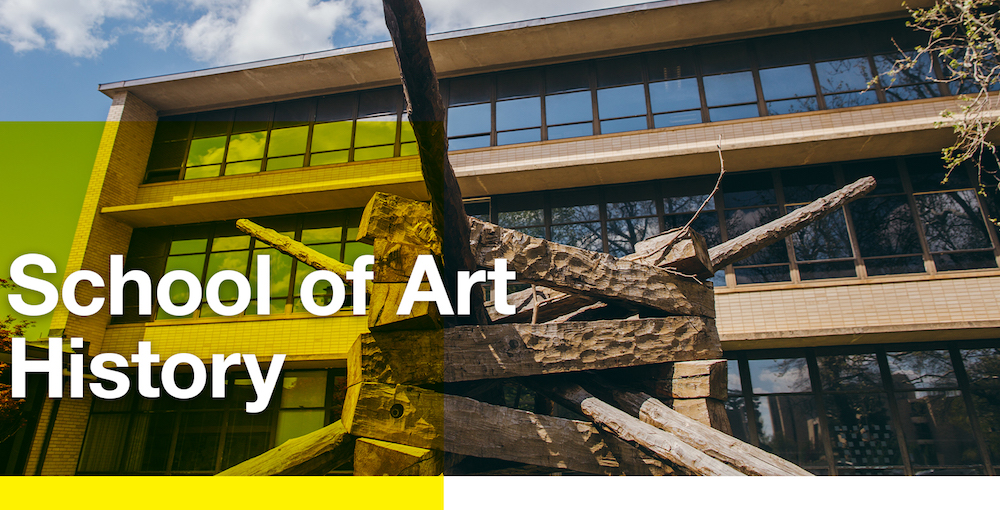 The School of Art in the Fulbright College of Arts and Sciences has a rich history starting in 1874. The future of the school will shape a new generation of artists, historians, designers and teachers, and will always pay homage to the incredible history of where it all began.

There are no events scheduled at this time.

The School of Art had its beginnings in 1874, when instruction in drawing and painting was first offered at the University of Arkansas for non-degree credit. In 1885 the Board of Trustees voted to promote a program focused more on the industrial arts program by hiring an instructor of “Drawing, Designing and Book Keeping” who offered “Ladies Industrial Art Studies.” By 1889 this program — and the Department of Art — were abolished by the Board. In 1894, the Art Department was re-established by the Board of Trustees, and the University catalog stated that in the art program, “Patience and perseverance, rather than talent, are the qualifications essential to success.” The department prospered.

In 1897 a four-year, non-degree course of study in art was introduced offering “charcoal, crayon, pencil, pen and ink drawing, oil, watercolor, pastel, tapestry and china painting.” Also offered were “special classes in industrial designing and illustrating, ornamental and decorative work.” Between 1903 and 1913, the Conservatory of Music and Arts was established as a more professionally oriented school on the order of similar specialized schools in the country, and offered a four-year program of study leading to a diploma, but not a college degree. The Conservatory was abolished with the organization of the College of Arts and Sciences in 1913. At that time, the Art Department, along with Music and Expression (a forerunner to Drama), became part of the Department of Fine Arts.

The Fine Arts Center was designed by the noted architect Edward Durell Stone, an Arkansas native. Opened in 1951, it was one of the first educational facilities in the country to combine the Fine Arts under one roof. Initially the Departments of Art, Architecture and Music shared the classroom wing of the building, while the Fine Arts Gallery occupied the space between the University Theatre and Concert Hall on the first floor.

Stone, with his typical enthusiasm in undertaking a project, designated original furniture pieces to be designed for the building as well as a series of eight mobiles by the inventor of the medium, internationally renowned sculptor Alexander Calder. Stone, who was friends with Calder, tried to include the artist’s work in all public and many private commissions as well. The Calder mobiles were intended to hang under a unique “mesh ceiling” in the Concert Hall, above wall sconces at either side of the room. They were designated as “light fixtures” to make sure that they were not excluded as an “alternate deductible” in the project.

Several unique furniture pieces were designed for the project as well. Stone himself designed what has come to be called the “plough-back” chairs and chaise lounges. The chair was built by Fulbright Industries in Fayetteville, owned by the family of Arkansas Senator J.W. Fulbright, after whom the Fulbright College of Arts and Sciences is named. They were in the business of building farm inplements, and so with a slight re-tooling of the plough machines, they built the structure of the chairs and lounges. The Gibson family, also from the area, caned the pieces in oak slats.