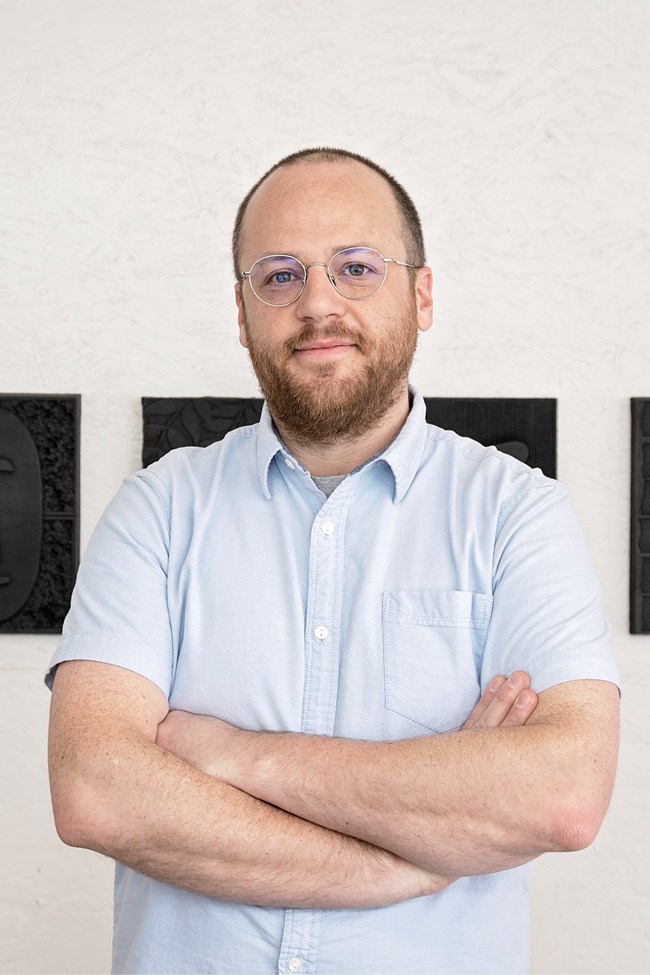 Mathew McConnell holds an MFA in Ceramics from the University of Colorado at Boulder (2009) and a BFA in Studio Art from Valdosta State University (2004). McConnell has held numerous solo exhibitions and his works have been included in group exhibitions in China, Australia, New Zealand, and in many venues across the United States. He has been a summer resident and long-term resident at the Archie Bray Foundation, where he was awarded the Lilian Fellowship in 2011 and the Sage Scholarship in 2007. In 2010, McConnell served for ten months as Artist in Residence and Visiting Lecturer of Contemporary Craft at Unitec in Auckland, New Zealand.

McConnell writes of his work:

My investigations begin with the works of other visual artists. Often using a form or image of another artist’s as a starting point, I recreate the work with alterations to suit my own compositional and conceptual preferences. The resulting forms vary between what could be mistaken as a facsimile of another artist’s work and an artwork with a source seemingly outside any individual reference.

Choosing works to remake and alter is as intuitive as it is arbitrary. I find myself primarily drawn to the objects I am most skeptical of. Often these are objects that raise questions about their potential role in the world if they were not to be viewed under the presumptions of an artistic practice. Many of the objects and images I choose also have a direct lineage to the works of a previous generation of artists. They too are re-worked responses to their predecessors and contemporaries.

In the construction of these replicant objects and assemblages I sometimes find myself trying to pinpoint the exact moment at which the work becomes more mine than theirs. Sometimes this moment occurs in the mere selection of a form, and at other times it does not occur at all. By careful construction of these simulated, manipulated, exalted, and subverted forms, I find, at the best of times, a means of reconciling the difference between what is the art of someone else’s creation and what is an art of my own.

Courses taught at the University of Arkansas include: