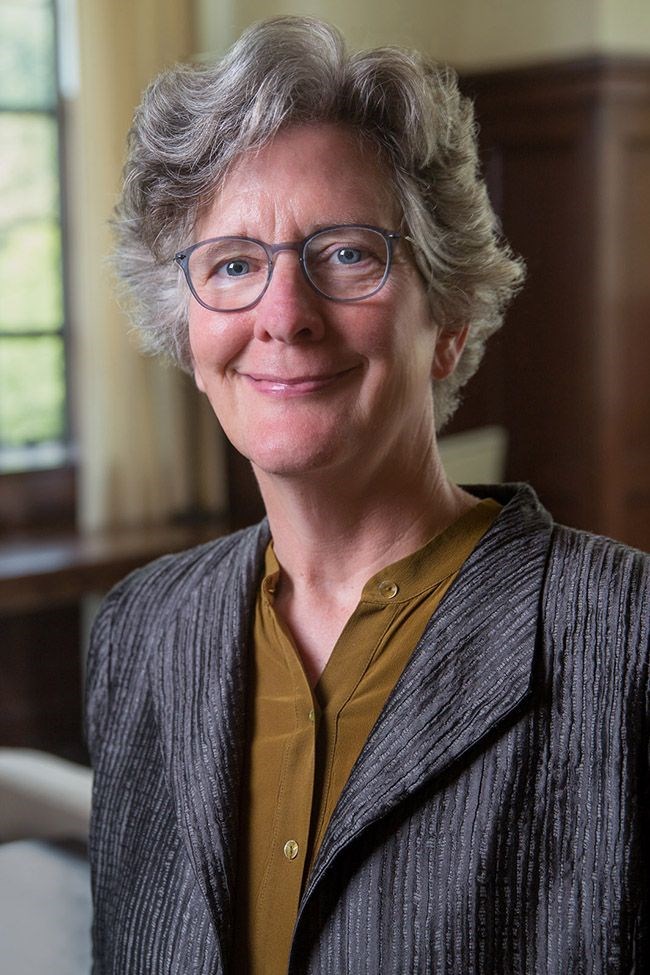 Dean of the Honors College

Lynda Coon (PhD, University of Virginia) brings a deep commitment to honors education and a fresh vision for the future to her role as dean of the Honors College. She has launched the Honors College Forum, a one-hour course that explores timely issues, the Honors College Mic lecture series, and Honors College Signature Seminars, an interdisciplinary series of courses on cutting-edge issues taught by the university's top professors.

Coon joined the University of Arkansas faculty in 1990 as a history professor in the J. William Fulbright College of Arts and Sciences. She has mentored nearly two dozen honors students on their thesis projects and served as honors advisor in the history department for a decade. Several of her students were awarded SURF and Honors College research grants and a number of them have moved on to graduate studies at institutions such as Cambridge University, Columbia University, Yale University, and the University of Virginia.

In 1995 she helped to launch the Honors Humanities Project (H2P), an interdisciplinary three-semester sequence of courses taught by teams of top professors. She served as director of H2P from 1998-2004 and continues to be actively involved in the program, which has become a cornerstone experience for many honors students. Coon also led the effort to develop H2Passport, which sends H2P students and professors to key sites and monuments around the globe following a semester of intensive study.

Coon earned a bachelor’s degree in history at James Madison University and master’s and doctoral degrees in history from the University of Virginia. She served as an associate dean of fine arts and humanities and director of the Religious Studies Program in Fulbright College prior to her appointment as Honors College dean. Coon also led the Fulbright College Study Abroad Program in Rome from 2001-04 and chaired the department of history from 2008-13.

Dr. Coon is a church historian specializing in the time-period ca. 300-900. Coon teaches undergraduate and graduate courses on the history of Christianity, women and Christianity, the early medieval era, and the history of a later medieval age. Her first book explored the sacred biographies of holy women in late antiquity. Her second book focused on the ritual, spatial, and gendered worlds of monks in the Carolingian period (ca. 750-987). Coon is currently researching a book on imagining Jesus in the Dark Ages. She has supervised doctoral dissertations on the cult of the Archangel Michael in late antiquity and the early Middle Ages, gendering the late ancient basilicas of Rome, and the culture of letter-writing among the Cappadocian fathers.