The School of Journalism and Strategic Media offers a concentration in Documentary Film in its Master’s of Arts program. This degree prepares graduates to work as documentary filmmakers, in independent and academic jobs, with study and practicum in the field of long-form, non-fiction storytelling. The degree is also useful for graduates planning to work in corporate and non-profit video production, by developing skills in writing, videography, editing, producing and directing.

Students in the documentary track complete 24 hours of graduate coursework, and 6 hours of thesis credit. The coursework should be 18 hours of journalism courses and 6 hours from another area of concentration. First year students take Journalism Theory, Research Methods, and Documentary Production I and II, where a documentary short film is produced. 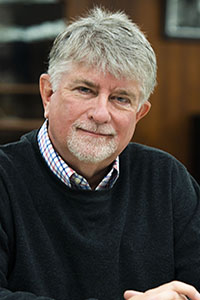 Clint Fullen (WRITER, DIRECTOR & EDITOR) was raised on the Razorbacks. Attending the University of Arkansas, the young filmmaker received degrees in broadcast journalism and creative writing. In 2013, he was awarded a master’s in documentary filmmaking. Throughout his academic career, Fullen freelanced as a commercial and documentary director. His short films have toured more than one–hundred locations across the United States, and his work has been broadcast nationally through “PBS Frontline” and “PBS Planet Forward.” “The Jim Lindsey Story” is Fullen’s largest and most ambitious project to date.