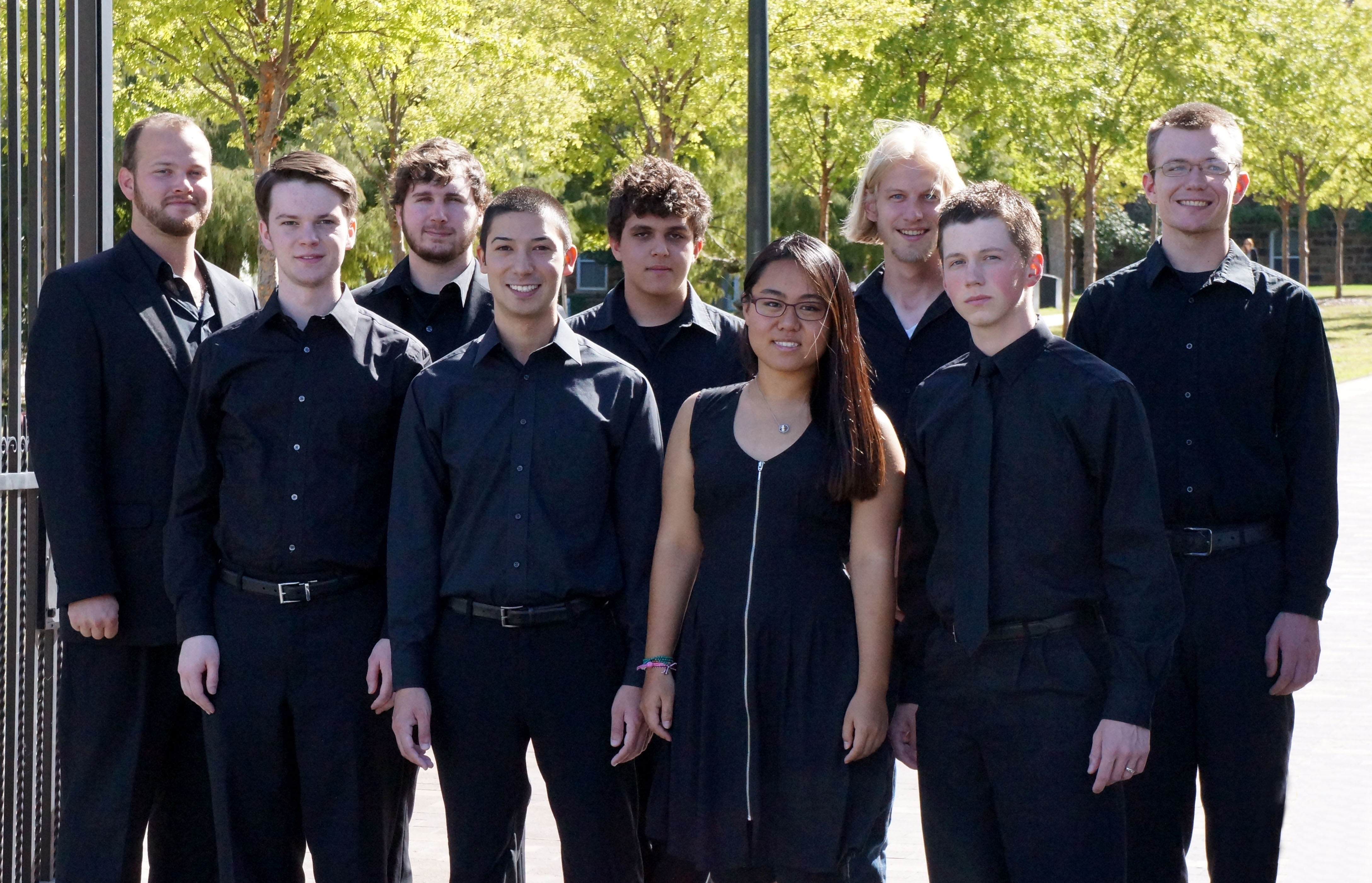 The New Music Ensemble is a project-based group with flexible instrumentation whose repertoire includes music of established as well as emerging composers. Dedicated to performing a broad spectrum of contemporary music, the ensemble focuses not only on programming works from the past thirty years but also presenting significant works from earlier in the 20th century. The ensemble membership varies in size and makeup from small chamber groups to large chamber orchestras.

All those interested in participating in the New Music Ensemble are required to audition at the beginning of each semester and receive permission from the Director before enrolling. If you have questions, please contact Dr. Duncan at (479) 575-4739. 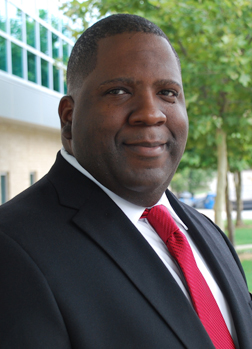 Join the Arkansas New Music Ensemble for our inaugural concert in the Jim & Joyce Faulkner Performing Arts Center. The concert will feature crossover music that embraces electronica and a melding of diverse musical styles from hymns to popular music to the sounds of a nuclear reactor near Chicago.

Extracted from the ‘energy symphony’ Alternative Energy, this movement juxtaposes the brash sounds of a jazzy brass section with the pops, hisses, and whooshes of the particle accelerator FermiLab, based just outside of Chicago
Alternative Energy is an ‘energy symphony’ spanning four movements and hundreds of years. Beginning in a rustic Midwestern junkyard in the late 19th Century, the piece travels through ever greater and more powerful forces of energy — a present-day particle collider, a futuristic Chinese nuclear plant — until it reaches a future Icelandic rainforest, where humanity’s last inhabitants seek a return to a simpler way of life.

Ian Clarke writes:
An individual and dramatic piece….sort of, but not, Pink Floyd for flute.
Unlike many of my other works this title doesn't illuminate and carries no significant meaning beyond leaving a space to which the listener/performer can bring their own thoughts. The markings in the music itself carry more significance. Other than that, there isn't a conscious programmatic, literary or other external element. The title was selected in the studio to label the file. This was early on in the composition process when I was fiddling around with flicks using trill keys hence ‘T R K s’ was a vague reference to trill keys and not tracks!

Test Drive, a composition for mixed chamber ensemble, was inspired by Leonard Bernstein’s Prelude, Fugue & Riffs, West Side Story, and Louis Andriessen’s Hoketus. The significance of the ensemble is the instrumentation that is used in Test Drive is similar, if not exactly, the same instrumentation that was used in Igor Stravinsky’s Histoire du Suldat. This composition is comprised of three movements that involve jazz influences as well as the influences mentioned earlier.
The first movement thrives from a syncopated rhythm that represents the engine of a car. As the syncopated rhythm continues through the entire movement, jazz-influenced idioms appear within the melody.
The second movement features a slow, thick texture that is created from the overlapping parts based off the syncopated rhythm presented from the first movement. The use of dovetailing, having one instrument blending within another group of instruments, results the overall texture from being one musician to a large group of musicians.
The third movement is specifically influenced by Andriessen’s Hoketus with random “big band” pops and repeating accompaniment. Throughout the movement, the material develops bit by bit, while being driven by the syncopated rhythms until the ensemble reaches the recap of the first movement. As the movement reaches the recap of the first movement, the ensemble drives in an energetic manner that ends the composition with a bang.

The compositions of Third Coast Percussion member David Skidmore are performed regularly in concert halls and universities across the country. His Unknown Kind was premiered in Carnegie Hall in 2007, and his multi- movement work Common Patterns in Uncommon Time was commissioned in 2011 for the 100th anniversary of Taliesin, site of the Frank Lloyd Wright School of Architecture.
Trying is a 3-movement work that explores layering of multiple rhythmic cycles. The work draws inspiration from the driving but metrically ambiguous heavy metal of Swedish band Meshuggah and the kaleidoscopic percussion writing of composer Alejandro Viñao, but lives in a more transparent sound world, where each repeating voice floats against the others in its own metric cycle.

Christian Zeal and Activity is the middle movement of American composer John Adams' three-part ensemble work American Standard. The piece has achieved individual notability and is often performed and recorded without the other movements.
Adams states that the title of the movement was "stolen out of old Methodist gospel or hymn tune book," and is an arrangement of "Onward, Christian Soldiers", a popular hymn tune (written as "St. Gertrude") by Arthur Sullivan.
An additional aspect of the piece is that the conductor is instructed to place "sonic found objects" into the composition. In his original recording from 1973, Adams included a recording from a "late-night AM radio talk show in which an abusive host argued about God with a patient man who eventually identified himself as a preacher."
Edo de Waart's 1986 recording of the piece with the San Francisco Symphony (appearing on the 1987 album The Chairman Dances) replaced this interview with a looped, fragmented, non-chronological recording of a Christian sermon on a miracle of Jesus, the healing the man with a withered hand, centered on the words "Why would Jesus have been drawn to a withered hand? "This recording was used on the soundtrack of the 2010 film Shutter Island.