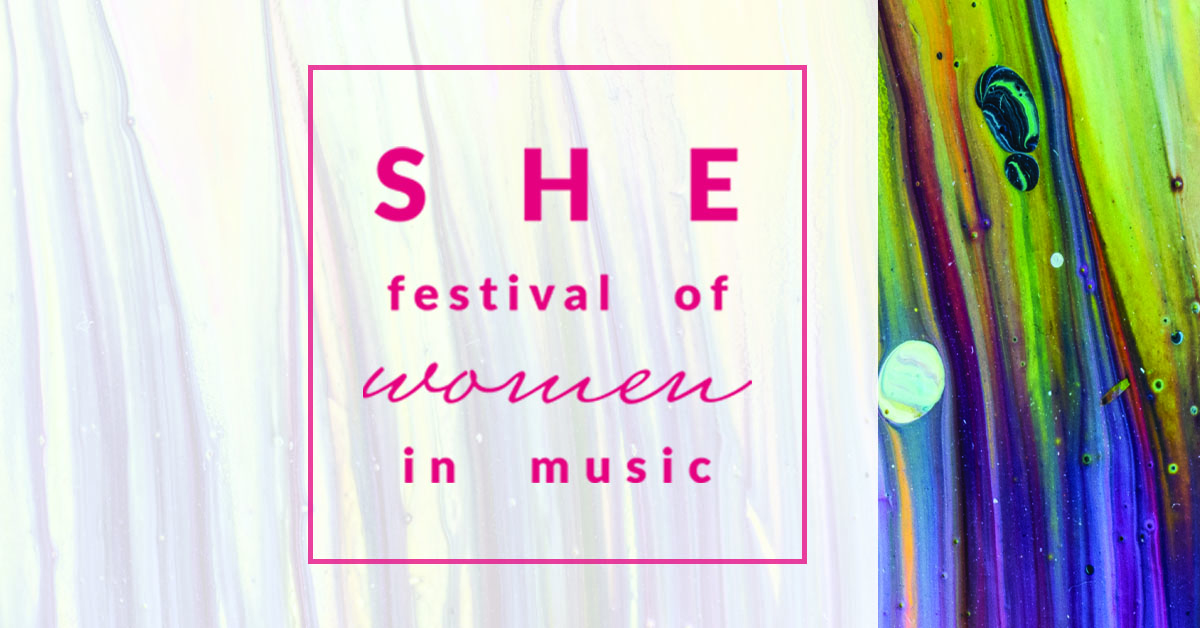 SHE Festival of Women in Music
A festival celebrating the achievements and contributions of women in music.

The SHE Festival returns for its fourth year! Again this year SHE is presented viturally via Zoom and YouTube.

The SHE Festival of Women in Music is possible thanks to generous funding from the Fulbright College of Arts & Sciences and the University of Arkansas Office of Diversity and Inclusion. Special thanks to Dr. Yvette Murphy-Urby, Dr. Todd Shields, and Dr. Ronda Mains for their continued support.

Following the tradition on campus, the 2022 SHE Festival again begins and ends with collage concerts. The Faculty Collage premieres on YouTube at 3:00pm on Sunday, March 13. The Student Collage closes the festival with a premiere on YouTube at 4:00pm on Thursday, March 17. Both events can be found at youtube.com/c/uarkmusic.

The guests for the 2022 SHE Festival are Dr. Chihchun Chi-sun Lee and Johanny Navarro. Each composer-in-residence presents two events for the festival, all open to the public via Zoom, registration required. 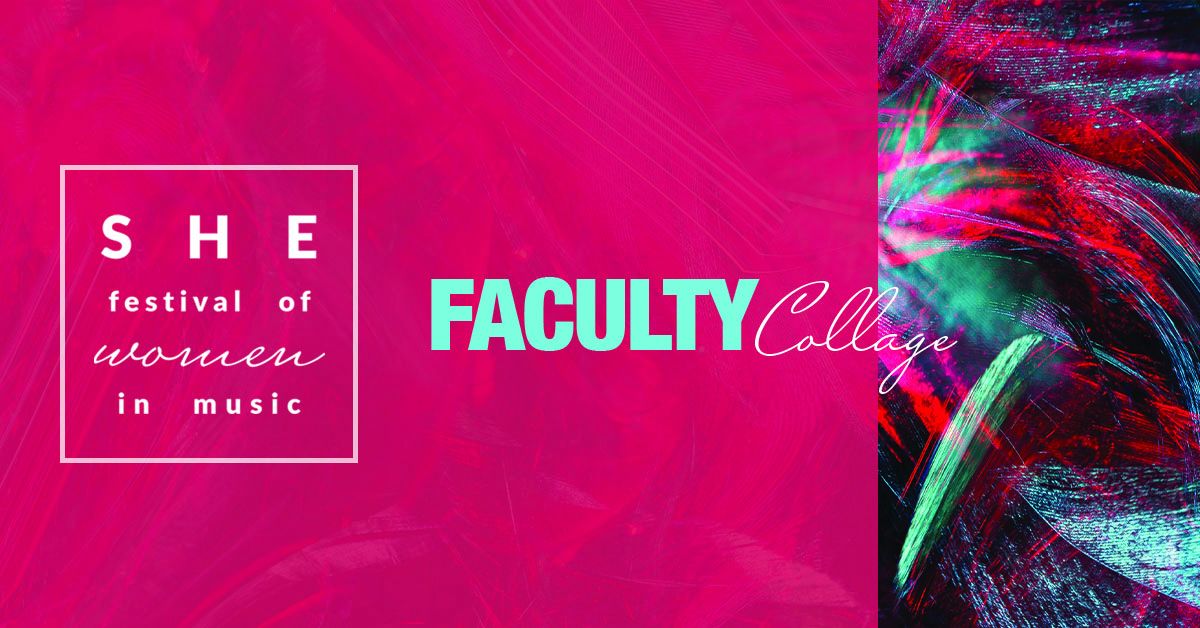 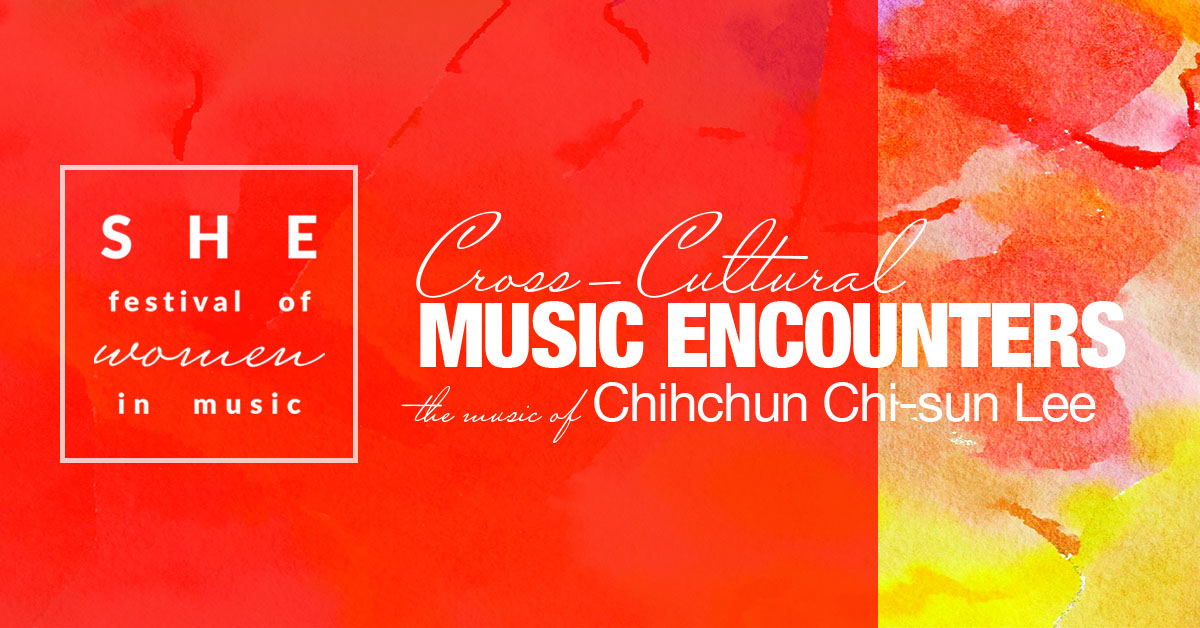 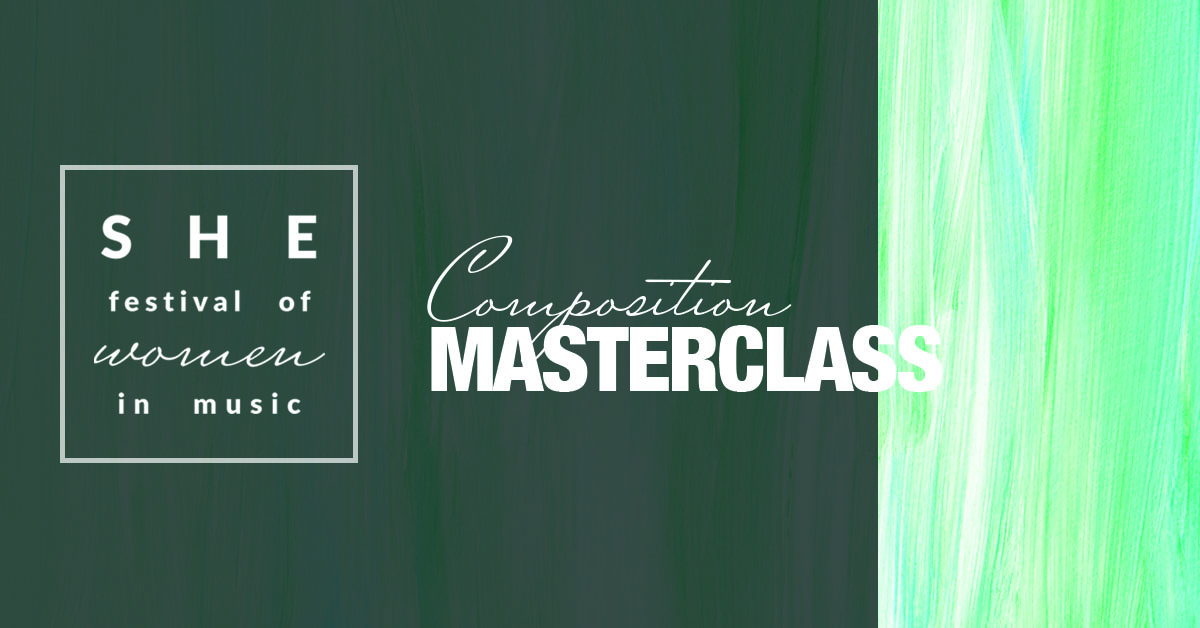 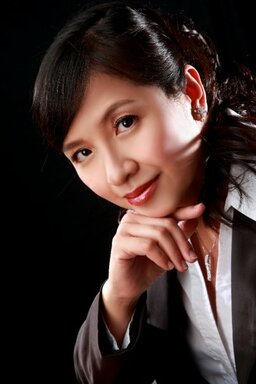 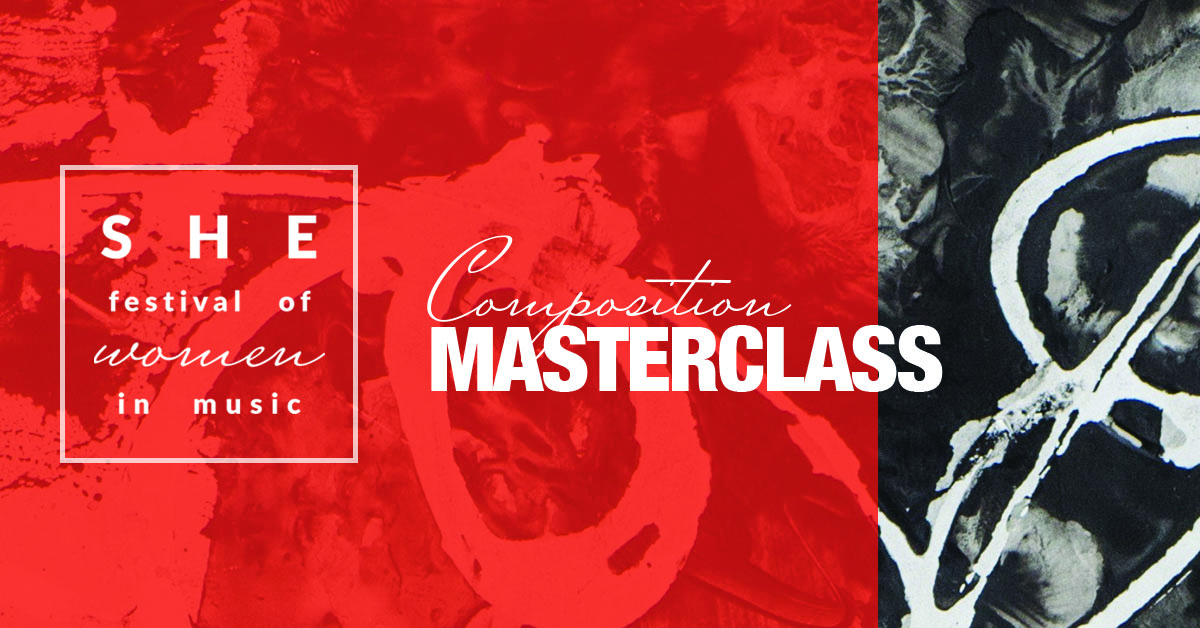 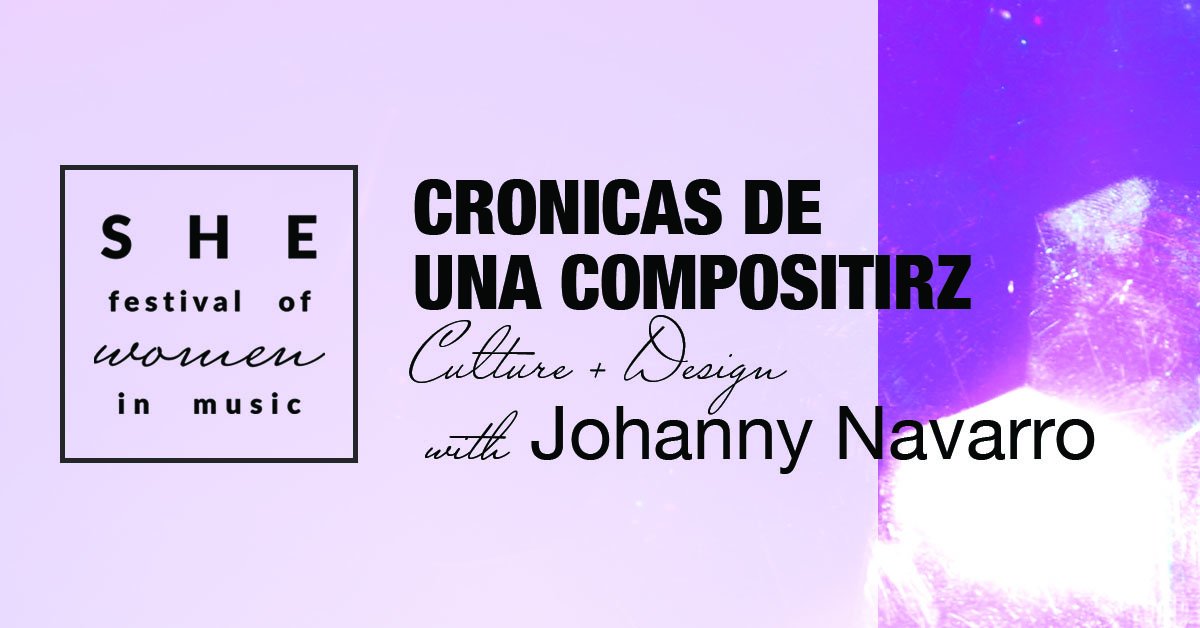 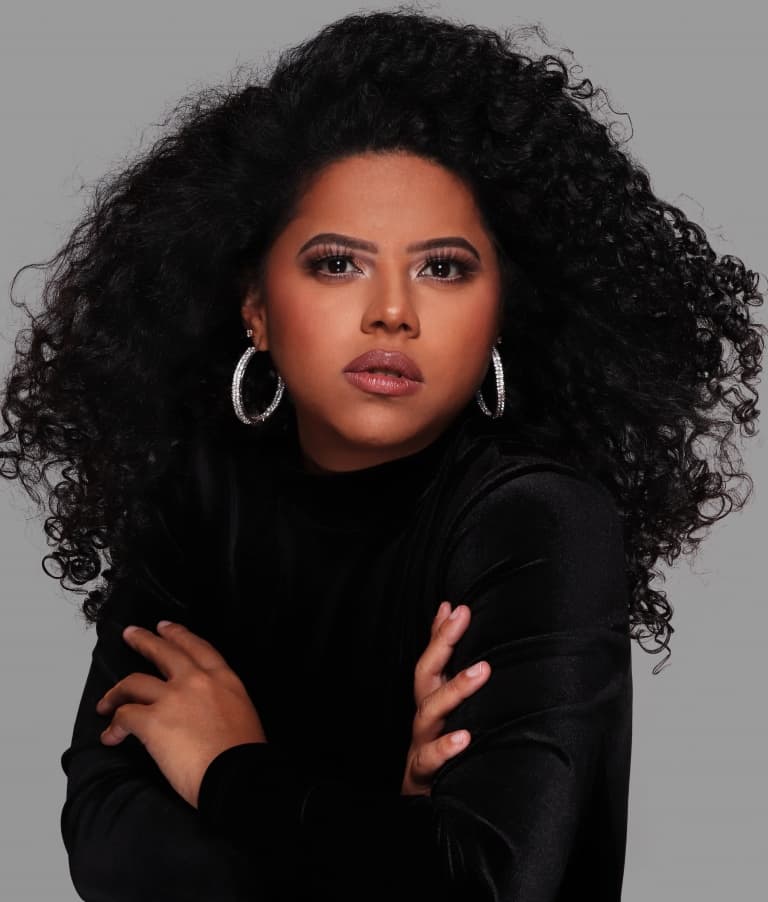 Young composer, Johanny Navarro, is one of the exceptional artists of her generation. Navarro has been commissioned by celebrated soloists Elisa Torres, Luis Miguel Rojas, and Andrea González Caballero; various ensembles such as The Catholic University of America Symphony Orchestra, the American Harp Society Inc., Coralia from the University of Puerto Rico, and the New World Symphony, America’s Orchestral Academy. Chosen by The Arts Club of Washington D.C. for its centennial celebration, her piece Celebration for piano trio (2016) was presented as a commemorative musical piece.

Videntes Stellam for choir and orchestra (2016) was premiered at the Basilica of the National Shrine of the Immaculate Conception in Washington D.C. and televised by the Catholic Television Network, EWTN. With this majestic and colorful work, the composer made her debut with the Puerto Rico Symphony Orchestra, conducted by maestro Roselín Pabón, at the José Miguel Agrelot Coliseum. Produced by the composer, her first chamber opera Frenesí (2017) premiered in Washington D.C. and later in Puerto Rico. Navarro was chosen to participate in the Puccini International Opera Composition Course in Luca, Italia; mentored by composer and director Giralomo Deraco.

Her work has been presented in Puerto Rico, Cuba, Mexico, United States, Spain, and France.

Currently, Navarro is composing her opera ¿Y los Pasteles? Ópera Jíbara in two acts which was awarded the 2020 Discovery Grants of the Opera Grants for Female Composers of Opera America. 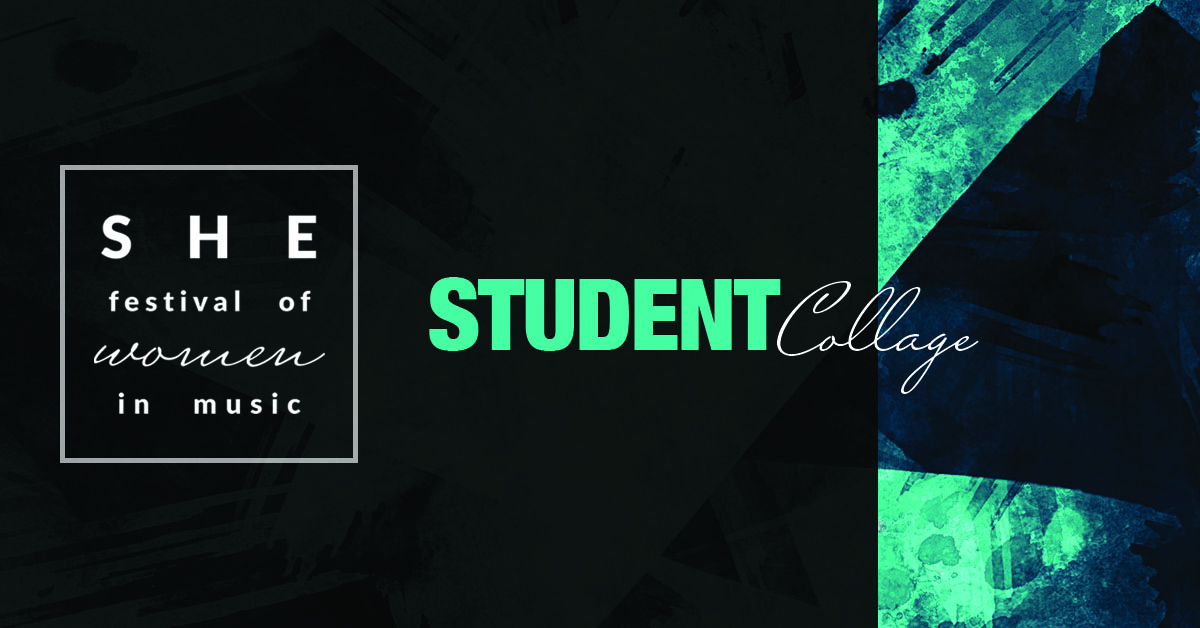 2021 SHE Festival of Women in Music

2019 Inaugural SHE Festival of Women in Music (book)