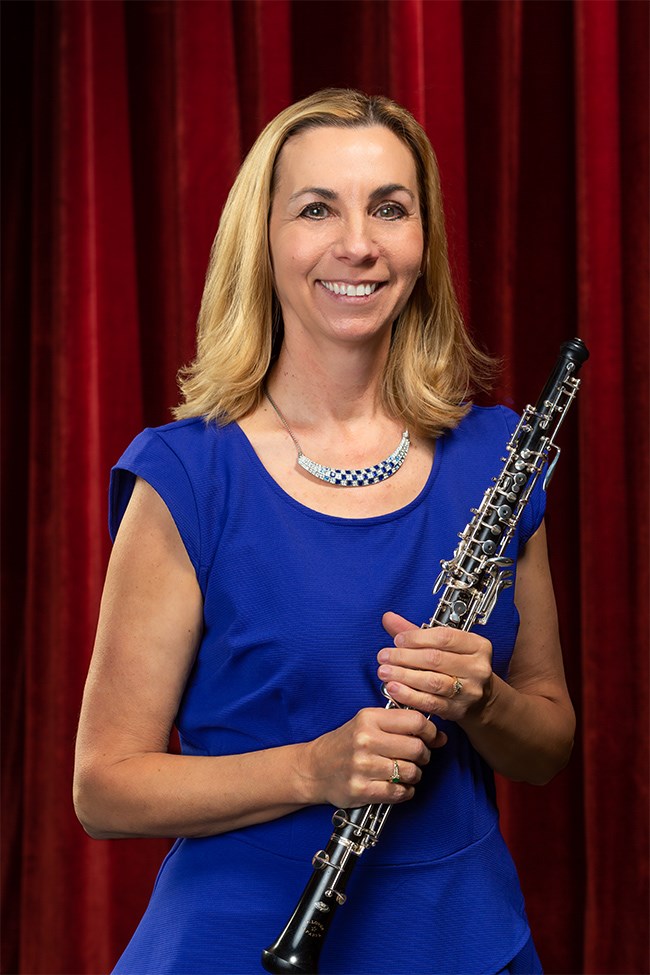 Theresa Delaplain has had a notable career as an oboist and pedagogue.   She performs regularly as a soloist, chamber musician, and orchestral musician.  Dr. Delaplain is the oboist for the Lyrique Quintette, and has toured frequently with the quintet, including tours to Thailand, Germany, Canada, and across the United States.  The quintet has been a long-time member of the Arkansas Arts Council, and has given numerous formal concerts, school concerts, master classes, clinics, and workshops.  The quintet has also produced a CD entitled Something Old,Something New, Something Borrowed, Something Blue.

Dr. Delaplain has commissioned and premiered several new works involving oboe, and has produced Time Labyrinths, a CD of oboe chamber music by Robert Mueller.  She has taught at the Interlochen Center for the Arts Summer Arts Camp, and is currently on the faculty of the Saarburg International Music Festival in Germany.

Dr. Delaplain teaches oboe and music theory at the University of Arkansas.  She has won several grants for projects and concerts at the University of Arkansas, and has regularly brought in guest artists to work with the studio. She has been active as an adjudicator and clinician, including appearances at the Mid-South Double Reed Society Convention, Valdosta State University Double Reed Day, East Carolina Oboe Day, and the Arkansas All-State Music Convention.

Dr. Delaplain earned her doctorate from the Cincinnati College-Conservatory of Music, where she studied with Sara Lambert Bloom and had regular master classes with Robert Bloom.  She also earned degrees from Bowling Green State University and the University of Michigan, and she also studied with Richard Killmer, Arno Mariotti, John Bentley, Rachel Brudnoy, and Donald Nitz.