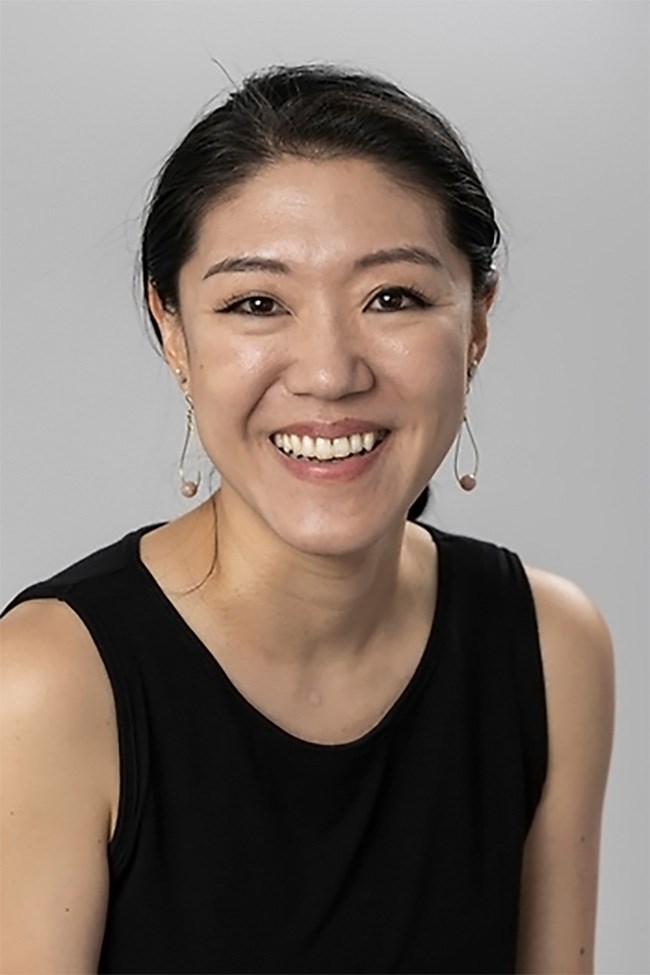 Er-Gene Kahng’s performances have been described as “sporting a sweet warm tone” and “a caressing sense of phrase,” “translat[ing] the music into a meaningful musical discourse that few virtuosi accomplish;” her “beautiful tone” and “honest musicianship” have marked her performances with a “fresh communicative air.”

In addition to being a member of the Fulbright Trio, the resident faculty piano trio, Kahng participates and co-founded the Fulbright Summer Chamber Music festival, a 6-week summer chamber music series.  The festival explores chamber music from a variety of stylistic periods and instrumentation, and allows for the collaboration of local and national musicians during mid-May through June every year.  In the latter part of the summer, Kahng serves as the violin faculty and 2nd violinist in a string quartet as part of the Bay View Music Festival in Petoskey, Michigan.

Kahng works regularly with students through guest masterclasses at colleges, leading sectionals or conducting chamber music coachings at the secondary level. Her students have gained admission to some of the top music schools in the country, including New England Conservatory, University of Southern California, Peabody Conservatory/Johns Hopkins University, University of Minnesota, University of Michigan-Ann Arbor, as well as being prizewinners of the MTNA regional and national level competitions. Kahng studied with Mark Kaplan, Erick Friedman, Syoko Aki, and Almita Vamos as well as with members of the Tokyo String Quartet.

Kahng is a member of College Music Society and American String Teachers Association. She presents regularly at conferences by giving lecture recitals and performing new music.

During the 2016-2017 academic year, Er-Gene will be a Visiting Fellow at the University of Cambridge in Cambridge, England.