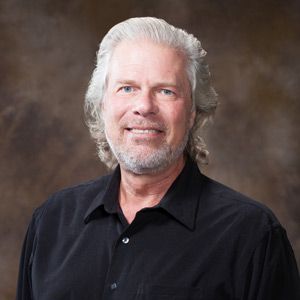 David Malis, the first American to win the prestigious Cardiff Singer of the World Competition, began his operatic career with the San Francisco Opera, making his debut as Papageno in Die Zauberflöte. Mr. Malis made his Metropolitan Opera in the Parks debut as Belcore in Donizetti’s L’elisir d’amore, in a production that included Luciano Pavarotti, Kathleen Battle and Giuseppe Taddei. This was quickly followed by his Metropolitan Opera mainstage debut as Marcello in La Bohème. Over the next twelve seasons, Mr. Malis’ leading roles at the Metropolitan Opera included Figaro in Il Barbiere di Siviglia, Harlekin in Ariadne auf Naxos, Ned Keene in Peter Grimes, Marcello and Schaunard in La Bohème, Dr. Falke in Die Fledermaus, and Papageno in Die Zauberflöte.

Mr. Malis’ acclaimed interpretation of Ford in Verdi’s Falstaff has taken him to the Teatro alla Scala, the Royal Opera at Covent Garden, the Teatro Colòn in Buenos Aires, the Welsh National Opera, the Brooklyn Academy of Music, in a command performance attended by Diana, Princess of Wales, and the Thêàtre des Champs-Elysées in Paris. He has returned to San Francisco Opera to sing Marcello in La Bohème, Silvio in Pagliacci, Ping in Turandot, Demetrius in A Midsummer Night’s Dream, and to reprise his critically acclaimed Papageno in the David Hockney production. He was chosen by Werner Herzog to sing Wolfram in a new production of Wagner’s Tannhäuser at the newly reopened Teatro Massimo in Palermo. Mr. Malis has performed Figaro in Il Barbiere di Siviglia over thirty times with renowned Rossini maestro Alberto Zedda in the innovative and popular production by Dario Fo, which was released on DVD by the BBC and RAI. Rossini’s Figaro also served as his debut role at the Vienna Staatsoper and the Netherlands Opera. An active recitalist, Mr. Malis has appeared in concert around the world, including New York, San Francisco, Chicago, Boston, Los Angeles, Seattle, Hong Kong, Cardiff and Stockholm.

As a voice teacher and coach, Mr. Malis has taught at the Opera Theater of Lucca, Oberlin in Italy, and for the University of Miami in Salzburg program. For three years, he served as Assistant Professor of Voice and Co-Director of Opera Theater at the University of Miami in Coral Gables, FL. While teaching at UM, Mr. Malis’ deep commitment to art song repertoire led him to compile an extensive database of Italian song, and his recitals regularly include these works, as well as the greatest works of Wolf, Schubert, Schumann and Brahms.

Recent engagements include the title role in Verdi’s Falstaff with Atlanta Opera, the title role in Donizetti’s Don Pasquale in Lucca, Italy, Belcore in L’elisir d’amore with Cleveland Opera, Germont in La Traviata with Arizona Opera, and a critically acclaimed role debut as Kurwenal in a recording of Wagner’s Tristan und Isolde for Titanic Records. He is currently Director of Opera and Assistant Professor of Voice at the University of Arkansas.