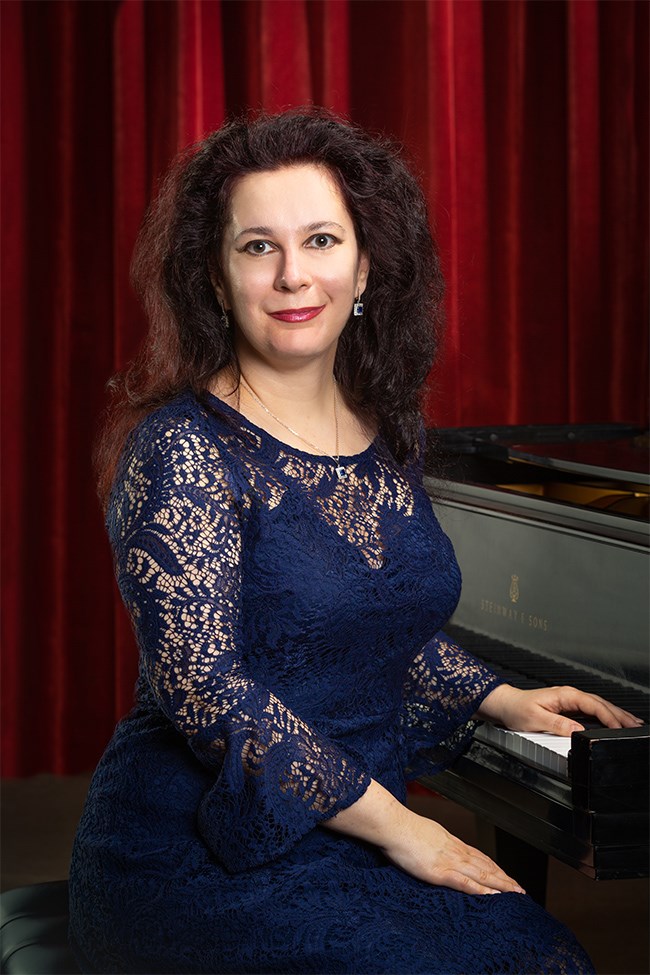 Bulgarian pianist Miroslava Panayotova has made numerous appearances as recitalist and concerto soloist in the United States, Canada, Bulgaria, Russia, Slovakia, Romania, and Mexico. As well, Ms. Panayotova has appeared at such music festivals as Green Mountain Chamber Music Festival in Vermont, XXI Festival Dr. Alfonso Ortiz Tirado in Mexico, the Orford Festival in Canada, Apolonia in Bulgaria, and others. Her numerous awards include the first prize at the Green Valley Piano Competition, and the second prize and the Silver Medal at the XVII National Piano Competition Svetoslav Obretenov in Bulgaria. As a winner of the 2006-2007 President’s Concerto Competition, Ms. Panayotova appeared with The Arizona Symphony Orchestra. Recent concerto performances include appearances with The Florida Orchestra and the Southern Arizona Symphony Orchestra. She toured the southwest as soloist with University of Arizona Pianists on Tour. Her performances have been broadcast by KUAT-FM, KUAT-TV, and the Bulgarian National Television.

Dr. Panayotova’s repertoire encompasses variety of styles, including contemporary music and premiere performances of both solo and ensemble works. Enjoying a wide variety of performance opportunities as a collaborative artist, she appears with Patrick Neher, bassist on recently released CDs by ISG Publications.