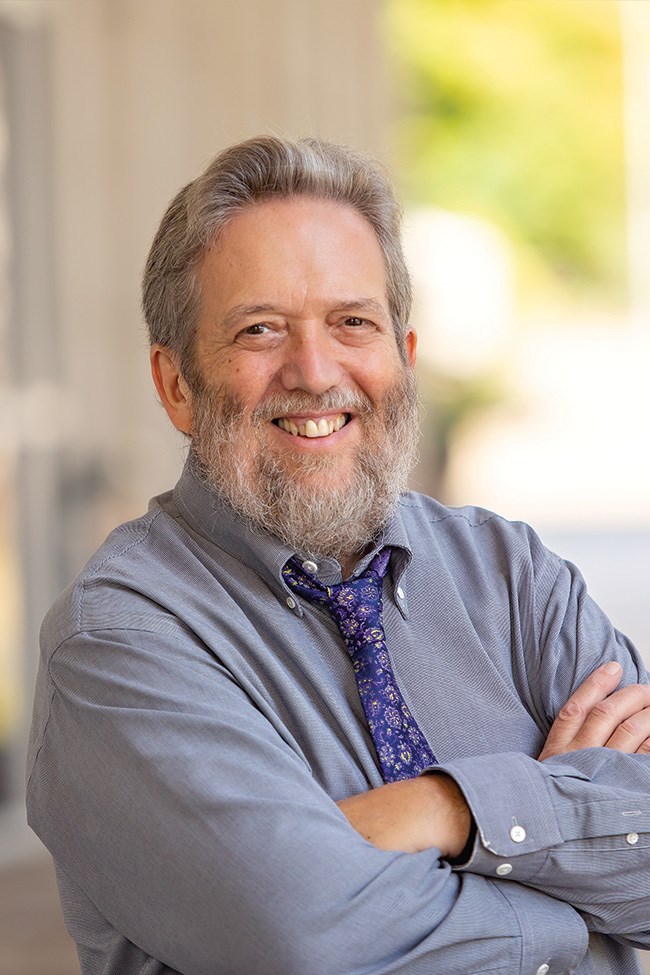 Robert Mueller conducts the University Symphony Orchestra and teaches music composition and music theory. He is Chair of the Composition/Theory Area.

Dr. Mueller grew up in Michigan and attended Northern Michigan University, where he received the Outstanding Pianist Award upon graduation. He has also received the Outstanding Young Alumni Award from NMU, and was invited back to be composer-in-residence in the spring of 2004. He earned the Master of Music in Composition degree from Bowling Green State University, where he studied composition with Marilyn Shrude. At Bowling Green, he also did extensive studies in orchestral conducting with Grzegorz Nowak, who is now the Principal Associate Conductor of the Royal Philharmonic Orchestra of London. Dr. Mueller received a DMA in Composition at the University of Cincinnati College-Conservatory of Music, where his teachers were Joel Hoffman, Allan Sapp, Jonathan Kramer, Frederic Rzewski, and Earle Brown.

Dr. Mueller has twice been composer-in-residence for the Fort Smith Symphony, and his music has been performed nationwide by several orchestra including the Cincinnati, Omaha, Fort Smith, Lansing, Arkansas, and North Arkansas Symphonies. He has received numerous commissions, has been widely published, and has produced a chamber music CD entitled “Time Labyrinths.” A number of music festivals have programmed his music, including the Bowling Green New Music and Art Festival, the Music Festival of Arkansas, the Southwest Contemporary Music Festival, and conferences of the Society of Composers, International Double Reed Society, and College Music Society. He was selected to be composer-in-residence for Missouri State University’s Annual Composition Festival in March 2009. Dr. Mueller has been the recipient of 20 consecutive awards from the American Society of Composers, Authors, and Publishers. He has also been awarded an American Music Center grant, an individual artist grant from the Arkansas Arts Council, prizes from the Omaha, Lansing, Jackson and Cincinnati Symphonies, and numerous other awards.

Dr. Mueller performs as Pianist with the Fort Smith Symphony, and is Music Director of Good Shepherd Lutheran Church in Fayetteville.

During the summer, Dr. Mueller teaches at the Sequoyah Music Festival and is on the faculty at the Interlochen Center for the Arts Summer Arts Camp.