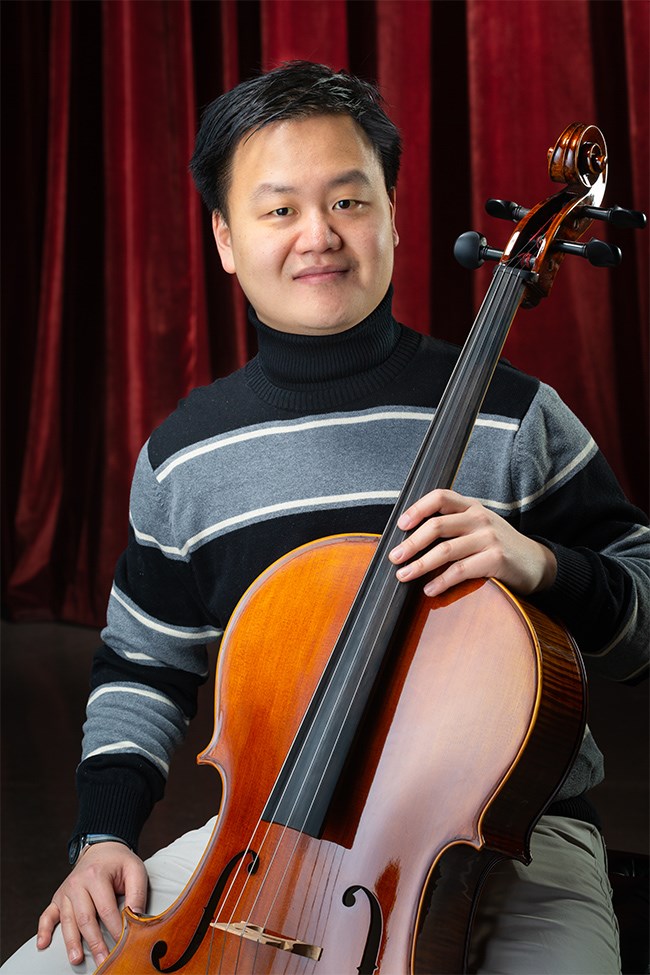 Dominic K. Na was born in Seoul, South Korea, to a musical family; his father is a luthier and his mother is a violinist. Dominic attended several prestigious music schools. In Russia, he attended the Central Music School for Talented and Gifted Children under the supervision of St. Petersburg State Conservatory—alumni of the school include such notable composers as Tchaikovsky, Prokofiev, and Shostakovich. His education in music continued at the Konservatorium of Vienna, Austria, and at the Musikhochschule Luebeck with one of the world’s finest cellists Lynn Harrell. Dominic holds a konzertenexamendegree, the highest musical arts performance degree in Germany. His study pattern didn’t stop there; he also studied chamber music with Miguel Da Silva, the founder of Ysaÿe quartet, as well as earning an Artist Diploma with celebrated artists such as Andres Diaz, Eugene Osadchy, and Christopher Adkins in the United States.

Since his debut as a soloist in the age of 13 with the St. Petersburg Radio Symphony Orchestra, Russia, Dominic had performed worldwide, accompanying some of the world’s most talented musicians and performing with a wide variety of ensembles and orchestras, not to mention his solo performances. He performed at many historical performing venues in Europe, such as Bolshoi Philharmonia Hall, Kappela Hall in Russia, KonzerthausWien, Boesendorfer Hall in Austria, Smetana Hall in Czech Republic, and Brahms Institute in Germany.

Dominic is teaching cello at the University of Arkansas since Spring of 2017. He is a founder of the Dolcelli, the University Cello Ensemble, and director of Young Artist String Camp.  His extensive experience allows him to cater to students of all levels and of all walks of life as he helps them achieve their full potential on the instrument. Dominic loves spending time reading chamber music with his violinist wife, Eun Seo Park, who is a Doctor of Musical Arts candidate at the University of Texas at Austin.