Professor Charles Richardson was born in 1930 in Dallas, Texas and attended the public school system there. Prof. Richardson received bachelor's and Ph.D. degrees from the University of Pittsburgh. After the completion of his Ph.D. degree, he was appointed a Research Assistant Professor at the University of Washington from 1962-66 working with Nobel Laureate Professor Hans Dehmelt. In 1966 he joined the University of Arkansas as an Assistant Professor of Physics. He was promoted to Associate Professor of Physics in 1969, and to Professor of Physics in 1974. He has held visiting appointments at the Naval Research Laboratory, University of Kentucky, and Brookhaven National Laboratory. Prof. Richardson spent 31 years teaching and conducting research at the University of Arkansas and providing service to the University and community. He was an intervenor in the hearings before the Public Service Commission on the permit to build the Flint Creek Power Plant and carried out the air monitoring program, with students, for the Plant as required by law. He also served on an ad hoc committee formed by Governor Clinton to study the safety of nuclear power plants following the accident at Three-Mile Island. Prof. Richardson conducted many beautiful experiments involving precision atomic measurement, light scattering from single levitated micro-droplets, and thermodynamics of aerosol particles of atmospheric importance Dr. Richardson has been a dedicated teacher. He was responsible for initiating and developing innovative laboratories in astronomy, electronics, modern physics, and introductory physics. He was recipient of the Master Teacher Award of the Fulbright College of Arts and Sciences. Dr. Richardson served the Department, the University, and the public, as the chair of physics and in various other capacities as member or chair of numerous departmental and university committees and by stimulating interest in astronomy on campus and in the community. Prof. Richardson retired at the end of the 1997 spring semester and was appointed an Emeritus Professor of Physics by the University of Arkansas Board of Trustees in 1997. Prof. Richardson is married to Janet Richardson. They have two daughters. He and his wife live in Fayetteville. 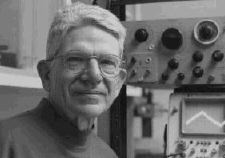