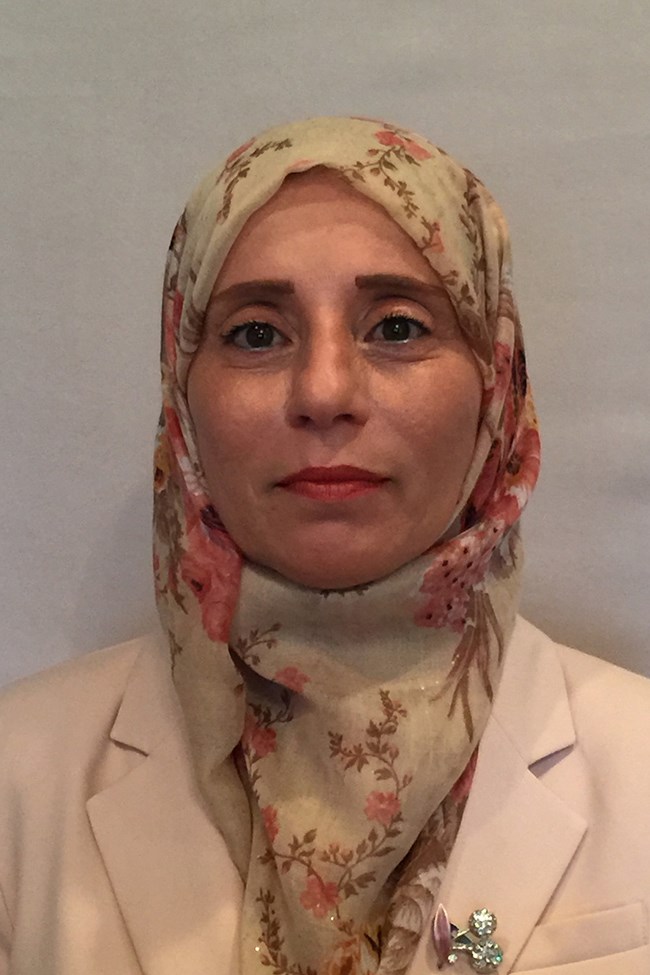 Dr. Bothina Hamad received her B.S. degree in Physics in 1988 from the University of Kuwait, and the M.Sc. and Ph.D. degrees in Physics from the University of Jordan in 1995 and 2001, respectively.  She is holding a full professor position at the Physics Department, University of Jordan, from 2012 until present.  She was elected by her peers to serve as a department head in 2013 until she moved to the USA in late 2014.  She is currently a research faculty at Physics Department, University of Arkansas, Fayetteville.  She was a Fulbright fellow at the Central Michigan University in the period of 2010 – 2011 and Alexander von Humboldt foundation research fellow at Fritz-Haber Institute, Berlin, Germany, during the period of 2003 – 2004.  She also served as a Humboldt fellow at several institutions in Germany during the summers of the period of 2005 – 2016.  She taught most of Physics graduate and undergraduate courses at the University of Jordan.  She supervised and served as a chair for over 15 M.S. graduate students and six Ph.D. students.  She published over 75 articles in many preeminent journals in physics and presented at least three conference papers every year since 2005.  Her research interest spans several topics including magnetism, catalysis, and thermoelectric in nanomaterials including the use of first principle state-of-the-art density functional theory to tackle many-body problems.  She received many grants while she was serving as a faculty member at the University of Jordan.   She submitted several proposals at the University of Arkansas of which one was selected for funding from Arkansas NASA RID program with many proposals pending with DoE and NSF.  She served in many academic and conference committees, both at the national and international levels.