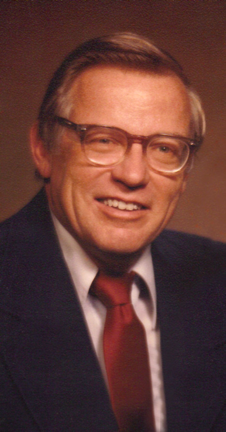 Raymond H. Hughes founded the graduate program in physics at the University of Arkansas. He also brought to the university the first research in atomic physics. He served on the faculty from 1954 until his retirement in 1990.

Establishment of a Ph.D. in 1959 led to a growth in faculty and the creation of a number of new graduate courses. The first Ph.D. degree in physics was granted in 1964 under the direction of then-Assistant Professor Hughes. Hughes modeled the original Ph.D. program after his alma mater, the University of Wisconsin, where he earned his doctorate degree in 1954. Under Hughes direction, the Arkansas program integrated the Master of Science degree as a key component of the Ph.D. program. In addition, the doctoral requirements included passing comprehensive written and oral examinations as well as proficiency in two foreign languages. By 1971 the physics program at the University of Arkansas required a reading knowledge of German and French. Though the department no longer requires the foreign language proficiencies, the skill has become an inherent expectation for students and faculty to excel.

At the time of his retirement, Dr. Hughes held the rank of university professor. He was a member of Phi Beta Kappa and the American Physical Society. His work was supported at various times by the Air Force Office of Scientific Research, the Air Force Cambridge Research Center, NASA, and the National Science Foundation (atomic physics, nuclear physics, solid-state physics, and atmospheric physics). He also spent time at the Oak Ridge National Laboratory and the Air Force Weapons Laboratory at Kirtland Air Force Base in 1979 and 1983, respectively.

During his tenure at the U of A, he directed 35 master's degree students and 19 doctoral students, overseeing the work of as many as nine students at one time. He received the 1984 University of Arkansas Alumni Blue Key Award for research and he has been listed in various

"Who's Who" publications, including "Who's Who in America." During his tenure, he published 65 papers in physics journals.

Dr. Hughes married Olive Jane Wipson on February 8, 1952. Raymond and Jane Hughes have four children, all of whom received degrees from the University of Arkansas: