The University of Arkansas Department of Theatre invites you to the 2022 ArkType New Works Festival.

The ArkType New Works Festival features new plays by and with student theatre artists at various stages of development.  This year’s festival includes readings of new plays in process by two M.F.A. playwrights, Sarah Loucks and Adrienne Dawes, as well as a reading of the Kernodle Award winning play by playwright Gina Stevensen. All performances are free, but reserving tickets is encouraged. All readings are at the Nadine Baum Studio Theatre.

Celebrate new works, new worlds, and new theatrical archetypes being created at the University of Arkansas! 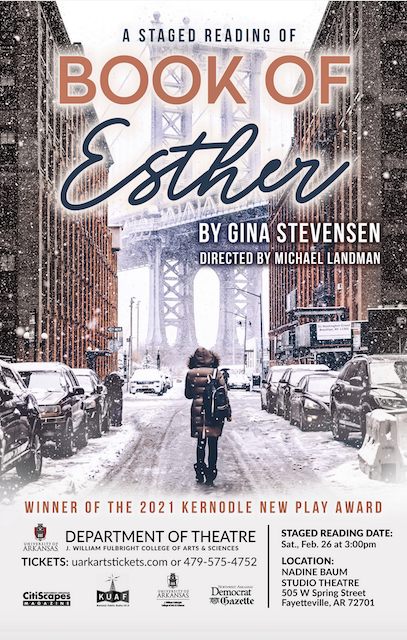 Book of Esther by Gina Stevensen

Within the confines of an ultra-Orthodox Jewish community in Brooklyn, a new generation of women is pushing the boundaries. Esther grew up in a loving and religious family, but she is seventeen now and can feel a larger world outside her own. When Esther decides to enter a local poetry contest, she finds herself asking surprisingly large questions, and begins looking for answers everywhere: from her parents, from the hipster barista she secretly befriends, even from her namesake, the mythical Queen Esther. Will her questioning take her too far to come home? 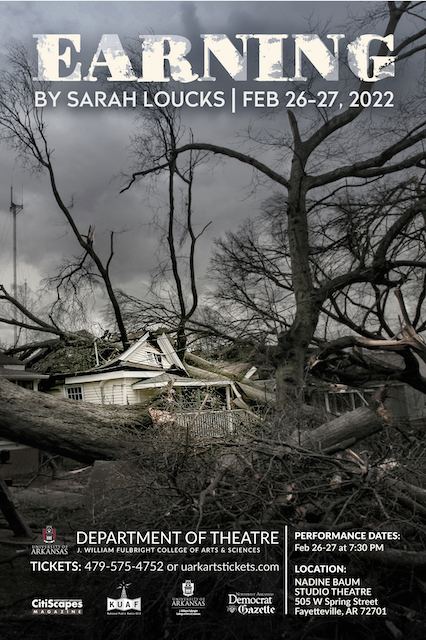 What happens after a tornado destroys your family's farmhouse built in the 1800's?  Is it possible to rebuild after such loss? Or does it open the possibility to earn a chance to rebuild a new type of home built on the foundation of community and family? 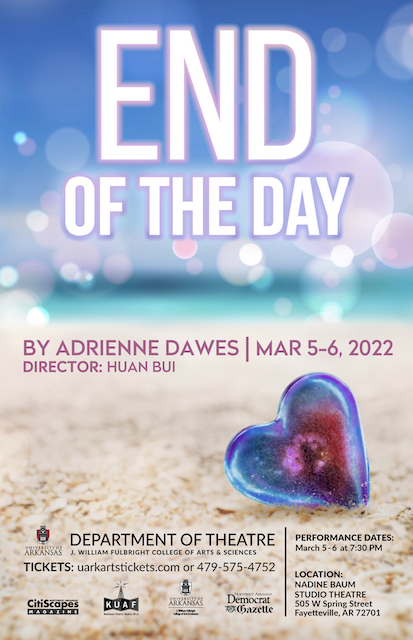 End of the Day by Adrienne Dawes

Tud, Myleigh, and Lancelot are perhaps the only surviving contestants of a British reality dating show broadcast during a massive extinction event. Isolated from the outside world, they dance between denial and acceptance, searching for love and meaning in a pointless, absurd existence.