Grant Hylton, an accounting major minoring in Chinese, has been selected to participate in the prestigious Princeton in Beijing (PiB) program.

PiB is a high-quality intensive program in intermediate and advanced Chinese language.

At the conclusion of the program, Hylton will be awarded eight credits from Princeton University (the equivalent of two semester courses) and a certificate from Beijing Normal University.

He is elated to have been selected for the program because he has never traveled outside of the US. 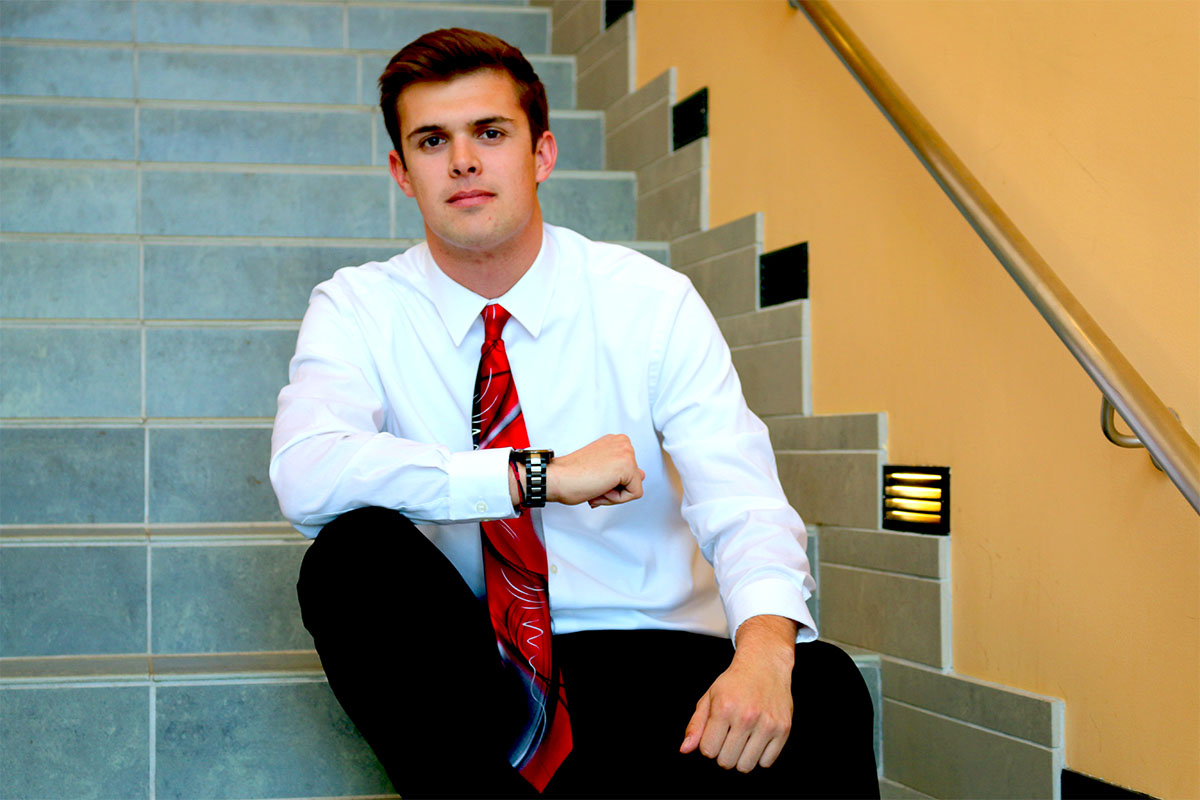 “I have been studying Chinese since high school and this acceptance has both validated the extra work that I have put in since arriving here and shown me that there is not a limit on where my academics can take me,” said Hylton.

The application process was a bit rigorous, but Hylton’s professors assisted him throughout the entire process.

“I had to write an essay in Chinese and in English, submit a spoken recording in Chinese, provide a recommendation from my Chinese teacher and participate in a Skype interview in Chinese. The Skype interview was definitely the most stressful part because I had no idea what was coming.”

He expresses tremendous gratitude to Li Yang, instructor of Chinese in the Department of World Languages: “She motivated me to apply for the program. I was in her office at least once a week. Whether I needed assistance editing an essay, working on my pronunciation, or wanted to do a mock interview, she was eager to help.”

Hylton challenges his fellow students to disregard any pre-conceived notions that they have about language learning. When he began studying Chinese, he was afraid that he would have difficulty with the tonal aspects of the Chinese language, but to his surprise, he has an “ear” for the pitches.

“Learning a second language requires a lot of hard work, but the rewards are wonderful,” said Hylton. “I have nowhere near the proficiency that I would like to have, but my 16-year-old self would be amazed at the opportunities that language learning has afforded me.”