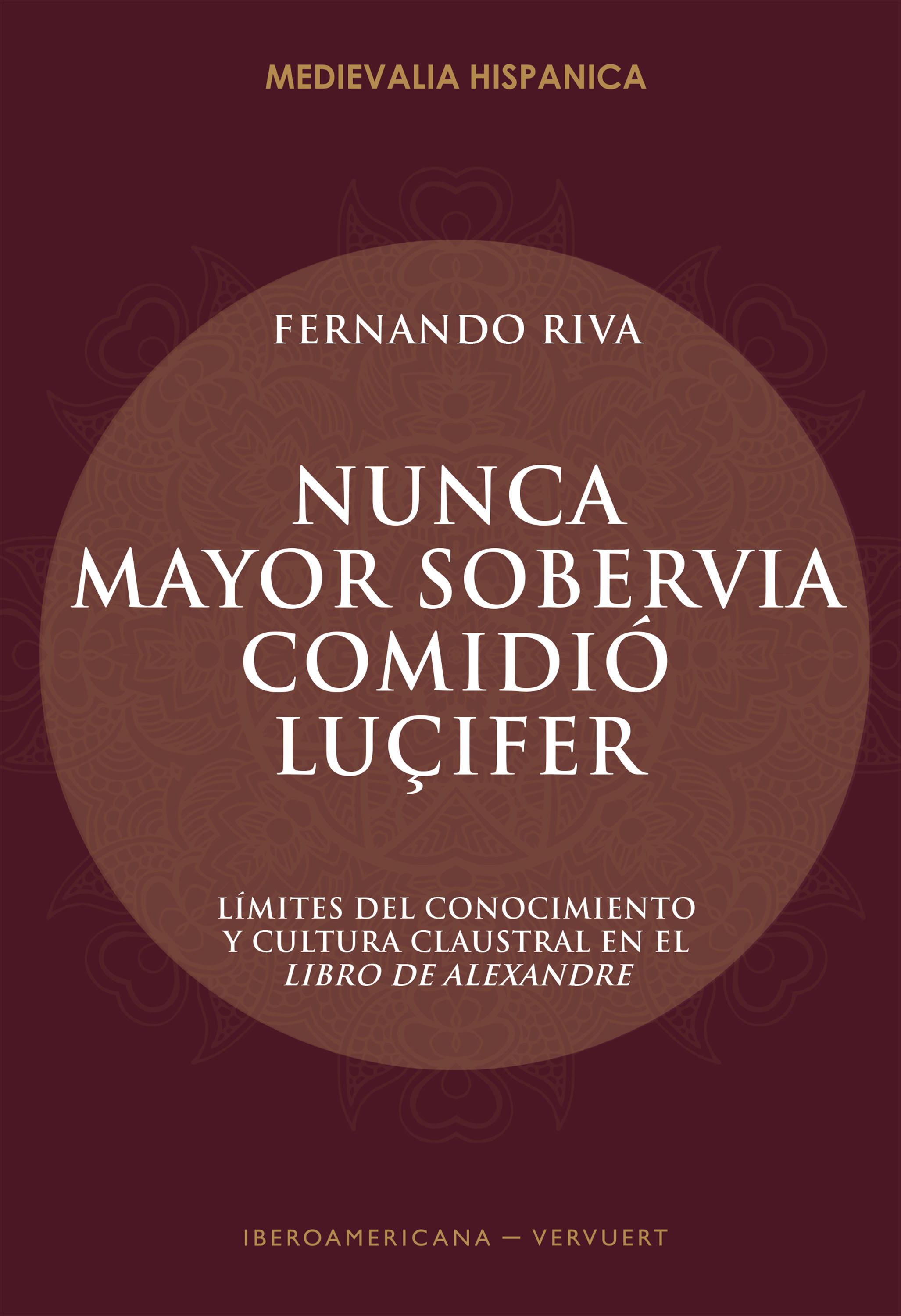 My study analyzes the concept of knowledge in the Libro de Alexandre (circa 1220). During this process, I found that the work emphasizes pride as a sin caused by overwrought intellectual curiosity and, therefore, is a reflection on the limits of human knowledge. I discuss the Alexandre as a reaction against a heterodox Aristotelianism, which flourished in the Iberian Peninsula in the twelfth and thirteenth centuries. This tension in the text is portrayed in the character of Alexander the Great who is depicted as an inquisitive monarch, educated by Aristotle himself, and determined to reveal the secrets of nature. In order to evaluate the Alexandre in such a context, I study the Castilian work in comparison to the 12th- century theological Latin texts on the limits of human knowledge, which we see expressed in the development of natural philosophy at that time. I conclude that the Alexandre is a cloistral-inspired response both to that discipline and to heterodox movements of northern Iberia which were inspired in Aristotelian thought. I understand cloistral as a term that can be applied both to monks and regular canons, because they lived in a cloister under a certain rule that modeled their communal religious life.

The Aristotelianism to which the Alexandre reacts had an impact in the Peninsula, thanks to the translations completed in large part by Iberian Jews from Arabic to both Latin and the vernacular. For example, one of the main accounts of Aristotelian heterodoxies in Iberia was De altera vita by the regular canon Lucas de Tuy, who warns against two strands of Aristotelianism which were accused of pride and heresy. At the core of Lucas’s work, which condemns them relying on the authority of the Church Fathers, as well as in the Alexandre, lies the problem of intellectual transgression. I posit a permeability of institutions, a community of learning, and a cultural and literary exchange among monks, regular canons, monasteries, university professors, and secular priests. I conclude that these exchanges, which shaped the Libro de Alexandre, took place on a cloistral road originating in Catalonia and crossing the Iberian Peninsula, and that they were in course at Palencia, where the Alexandre and other 13th-century Latin works were probably composed due, in part, to the Catalan influence brought by clerics and monks. This book contributes to the understanding the Libro de Alexandre and the cuaderna vía poetry in the context of the convergence of different strands of medieval intellectual life such as those that are promoted by regular and secular clergy, monasticism, and university learning. This project intervenes not only in Hispano-medievalist scholarly discussion, but also significantly contributes to our understanding of 13th-century culture in disciplines such as medieval philosophy, medieval intellectual history, history of religion, and studies in comparative literature.

Based on my study of the critique of natural philosophy in the Iberian Middle Ages, which is the core focus of my book, my second project concerns the disciplines derived from the Iberian medieval quadrivium, in particular, those related to the study of astronomy/astrology, magic, and natural philosophy from the 12th to the 14th centuries. I will investigate the role of texts such as those translated from Arabic into Latin by Hugo de Santalla and their relationship with the bishopric of Tarazona in the kingdom of Aragon, the Alfonsine astrological, Solomonic, and magical treatises, and their function as courtly literature, and, finally, the works by the Catalan physician Arnau de Vilanova as a testimony of a full absorption of the Arabo-Latin medical corpus into the university.