Spanish at the UofA

Spanish is a language spoken by 406 million speakers in 31 countries, and it is the fourth most commonly spoken native language in the world. Spanish is also, of course, a rapidly growing second language in the U.S., and in many new destination areas such as Arkansas and the so-called “new south”:  Latinos are now the largest minority group in the United States, at some 17% of the population, and in some cities in our corner of Northwest Arkansas, such as Rogers and Springdale, Latinos now constitute more than 30% of the population.

U of A students increasingly recognize that cultural competency and linguistic fluency in Spanish will significantly enhance their communication skills, their professional preparation and competitiveness, no matter what their future field of endeavor. As a result, 3000- and 4000-level Spanish enrollments continue to grow dramatically.

Find more information about the Spanish fast-track for native and heritage speakers.

The Spanish program is committed to staying current with new directions and the latest developments in our field. In addition to a wide array of courses in language, literature and culture, the program offers new and expanding course options in service learning (both at home and abroad), in language for special purposes and professions, in oral proficiency development, as well as an upcoming three-course sequence in Spanish for Heritage Speakers. 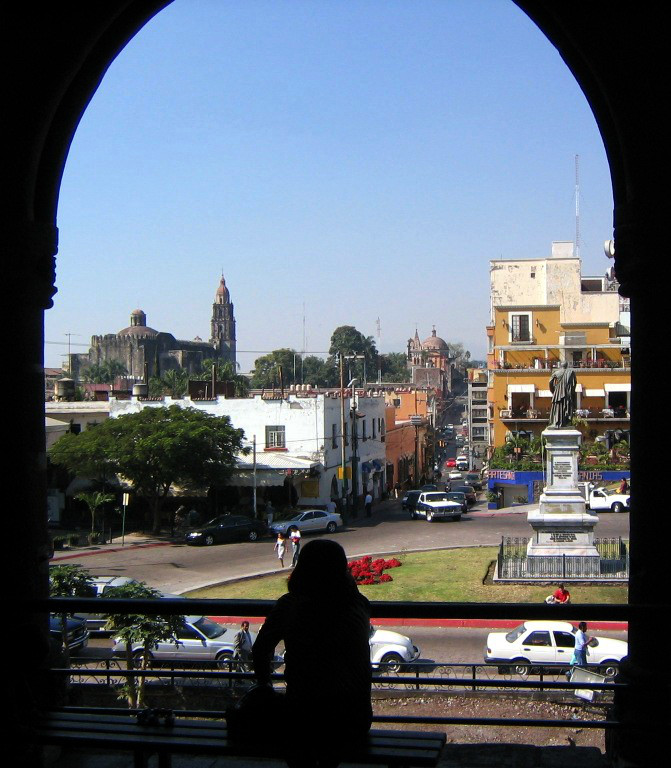 Study abroad is also a strength of the U of A Spanish program. We currently offer two U of A faculty-led summer programs, one in Madrid and one in Puebla, Mexico, the latter of which includes internship options in health care, business, education, and community service. Additionally, working through our Office of Study Abroad, we send our students on many programs in such countries as Chile and Argentina, Perú and Bolivia, and Costa Rica: in 2012-13, some 180 U of A students studied abroad in Spain and Latin America.

The Spanish faculty participate actively and extensively in many interdisciplinary programs across campus, such as European Studies, and our strong program in Latin American and Latino Studies. Students are encouraged to be involved in the many co-curricular and outreach activities we help organize and sponsor or co-sponsor, such as the Cineclub, the Tertulia, our local chapter of the National Spanish Honors Society, Sigma Delta Pi, the volunteer interpreter programs in local schools, and the annual Hispanic Heritage Month author event.'

Sigma Delta Pi is the national collegiate Spanish honors society. It signals your commitment to excellence in Spanish as well as certifying your academic achievements. Sigma Delta Pi offers national and local opportunities for networking , community involvement and resumé building activities. More information can be found on their website.

This association has the largest foreign-language honor society in exstence. It will help boster your credentials for any professional field, including business. You will have access to resumé enhancing as well as national and local leadership possibilitiers. You will also be eligible for exclusive undergraduate awards for study abroad in a Spanish-speaking country.

In early Spring, Spanish majors and minor will receive notice that the application season for membership is open. After applying, all qualified applicants will be notified of acceptance and asked for a lifetime membership fee of $50. You will also be advised regarding the date of the initiation ceremony.

Before completing the form below, please review the following information:

Make sure you have met the qualifications for membership in Sigma Delta Pi:

It is expected that all members continue to maintain their GPA after induction. Failure to do so may result in probation or expulsion from Sigma Delta Pi.

For consideration, please fill out this form and pay your initiation fees via mail to the Department of World Languages, att. Sigma Delta Pi, Kimpel 425 by March 26. Write a check to Dept of World Languages for $50 to cover national fees and the induction ceremony. The induction ceremony for 2021 will take place online in mid-April. You will be contacted regarding a decision on your application that includes more information on the specifics of the ceremony. If you have any questions, please contact Dr. Rachel ten Haaf (rtenhaaf@uark.edu).

We are unable to accept temporary checks. Please use cash or money order instead. If paying by cash, please be sure to bring exact change since the department does not keep it on hand.