Life Becomes Art in a Visual Memoir of the Fulbright Experience

The Fulbright Triptych by Simon Dinnerstein will be on extended exhibit at the University of Arkansas School of Law, beginning in July.

Measuring seven by 14 feet and painted between 1971 and 1974 the triptych is Dinnerstein’s “visual memoir.” This set of three panels will be on display at the university for a year as part of Chancellor David Gearhart’s initiative to highlight public art and the Fulbright Program for international foreign exchange.

“Public art defines a sense of place, allows audiences to experience and consider new ideas, and can enhance the learning opportunities at the university,” Gearhart said. “A public art program can express the value of art and education to the campus community, regardless of one’s academic discipline.”

Dinnerstein is a painter and graphic artist from Brooklyn. He has a Bachelor of Arts in history from the City College of New York and attended the Brooklyn Museum Art School for painting and drawing.

In 1971, he received a Fulbright Fellowship to Germany. He traveled to the town of Hesse Lichtenau and it was there he began painting The Fulbright Triptych.

The title of the work leads some to assume that the painting is about the Fulbright Program when in reality it was Dinnerstein’s experience through the program that provided the backstory for the painting. The program brought Dinnerstein a grand sense of exploration, complexity and curiosity, and he would like to believe that these sensations are cemented into the triptych.

“When I finished the painting and thought of a title, The Fulbright Triptych came to me,” said Dinnerstein. “The title is a homage to the sense of imagination and life-changing voyage, which is Sen. Fulbright's amazing program and year abroad.”

The painting was still in its beginning stages when he returned from his year in Germany. After a year of work, the middle panel was between two-thirds and three-fourths complete. A gallery owner named George Staempfli was impressed with his work and bought the painting in its unfinished state.

“I was, to say the least, quite stunned and knocked off my feet,” said Dinnerstein.

After Staempfli’s purchase, Dinnerstein completed The Fulbright Triptych and it is now displayed in exhibits around the world.

The painting has many themes and various meanings to different people. Some see it merely as an art studio; others notice how all the visual arrows and directives in the painting point to the copper plate on the table. The themes taken from the painting depend on the perception of the viewer.

Dinnerstein looks at the painting and sees a family in Germany, the push and pull between art and family, the sense of quest that is in an artist's life and the journey that life entails.

“It explains how visual images and enthusiasms define us,” Dinnerstein said.

The piece is scheduled to arrive in mid-July and will be on exhibit in William H. Enfield Hall on the third floor of the School of Law building. It comes to the university from the German Consulate New York at United Nations Plaza where videos were produced about The Fulbright Triptych and Dinnerstein.

Watch the university calendar for information about opening and closing dates as well as events associated with the exhibit. Many of Dinnerstein‘s other works are included in private and public collections. To learn more about Dinnerstein and view examples of his work, visit his website.

Aubrey Godwin is a sophomore in the Walter J. Lemke Department of Journalism news/editorial sequence. She is serving as a communications intern in the Fulbright College of Arts and Sciences for the Summer 2014 session. 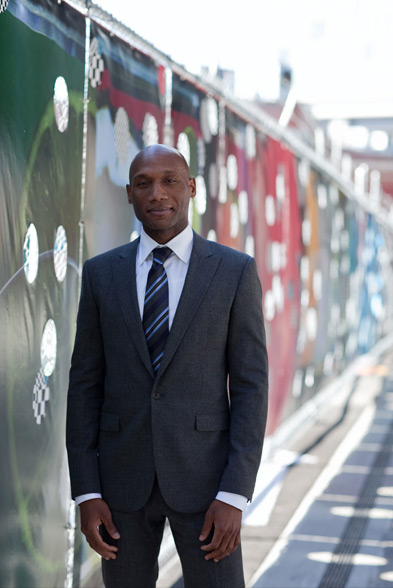