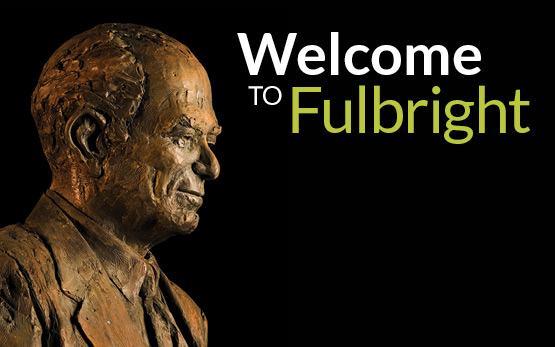 A Message from the Dean's Office

Welcome to the newly relaunched 2016 Fulbright Review, the digital magazine covering events, news and achievements in the Fulbright College of Arts and Sciences at the University of Arkansas!

Whether you’re a current student, faculty or staff member, proud alumnus or community friend – we are so excited and grateful to have you as part of our Fulbright Family.

We are also incredibly proud of your accomplishments, and would like to share a few Fulbright College achievements from the 2015-16 fiscal year... 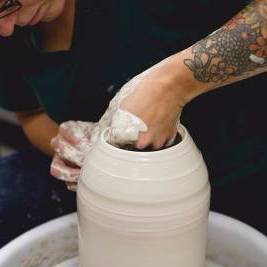 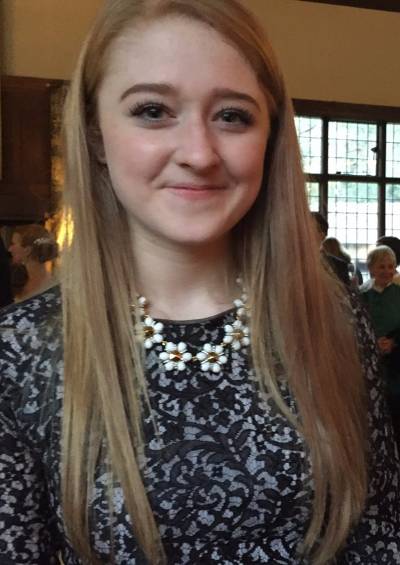 A wicked sense of humor, a keen interest in human rights and politics, a sparkling personality and a quick wit best described Jessamy Eve Samuels – and it’s with these qualities in mind that her family and friends recently established the Jessamy Eve Samuels Memorial Scholarship in her honor. 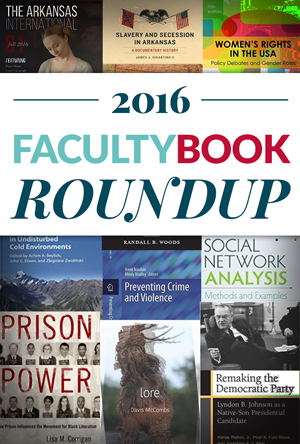 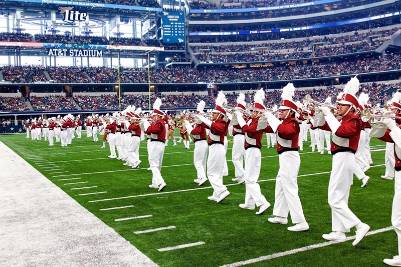 Becoming part of “the Best in Sight and Sound” just got even better – now Arkansas students who want to study music at the University of Arkansas or join one of the U of A bands can receive a $5,000 annual scholarship to help them achieve these goals. 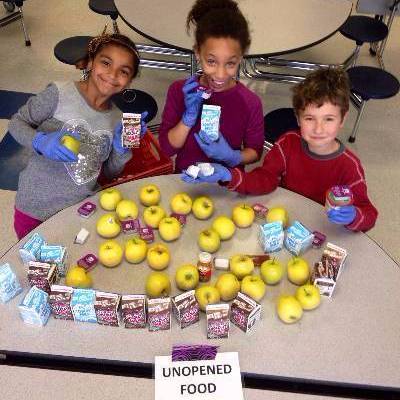 It’s a difficult statistic to stomach, but a staggering 31 to 40 percent of food produced in the U.S. ends up in landfills each year. 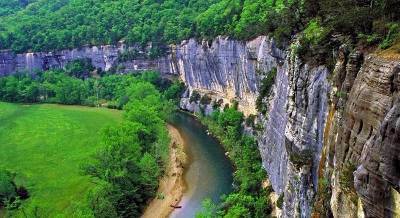 U of A Geosciences Reaches Significant $500,000 Fundraising Milestone

The University of Arkansas Department of Geosciences in the Fulbright College of Arts and Scienceshas succeeded in raising more than $500,000 to meet the Walton Family Charitable Support Foundation Match for geosciences doctoral fellowships. 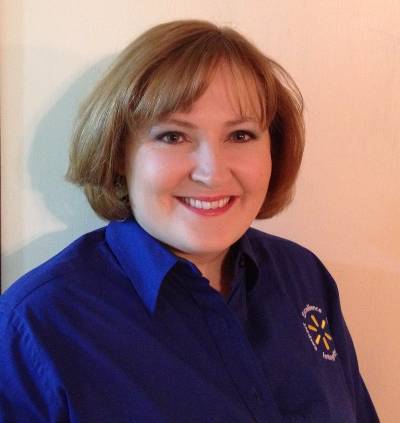 Pursuing a degree in psychology can lead to many career opportunities, many of which are not typically considered by students wishing to study the subject. 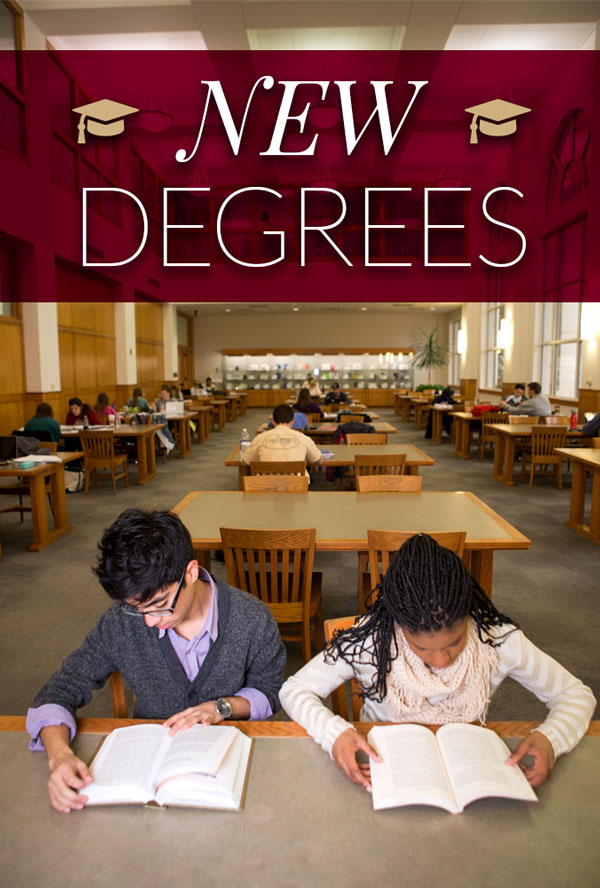 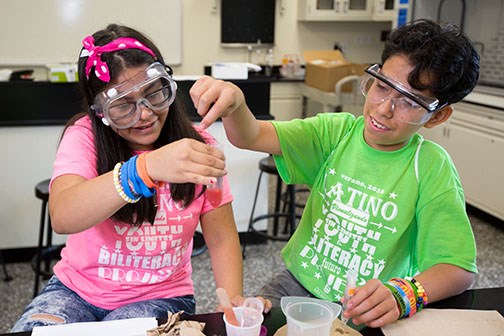 Jose Flores perched on a stool in a Discovery Hall chemistry lab, pulled on a pair of oversized goggles and grinned at his lab partner. "I'm a scientist!" the 12-year-old exclaimed. 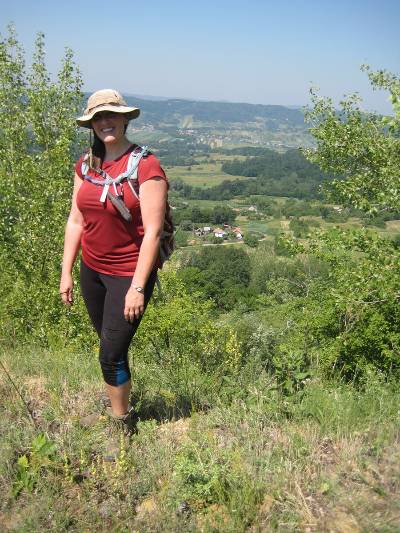 A biological anthropologist at the University of Arkansas and her colleagues have been awarded a $30,000 grant from the National Science Foundation to conduct fossil surveys in the Oltet River Valley of Romania. 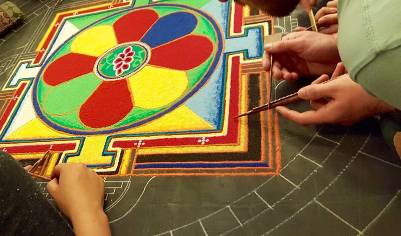 Students gather around two tables in the front of the classroom, taking turns adding brightly colored sand to the chalked outlines of mandalas, or intricate geometric designs, that are meant to represent our universe. 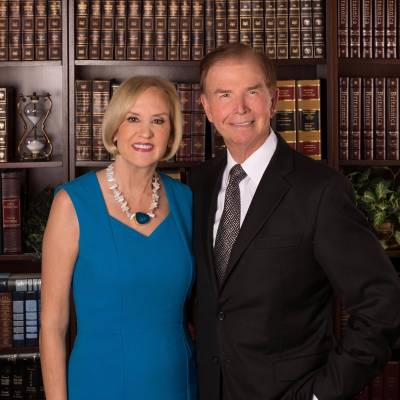 University of Arkansas students involved with the Department of Journalism and student media will have a new venue created for them in Kimpel Hall, thanks to a gift from alumna Susan Walk Burnett and her husband, Rusty Burnett, of Houston. The couple has pledged $1 million for a new addition to the second floor of Kimpel Hall that will include an integrated newsroom where students from all journalism disciplines will converge. A new UATV television studio will also open to a view of one of the busiest hubs on campus. 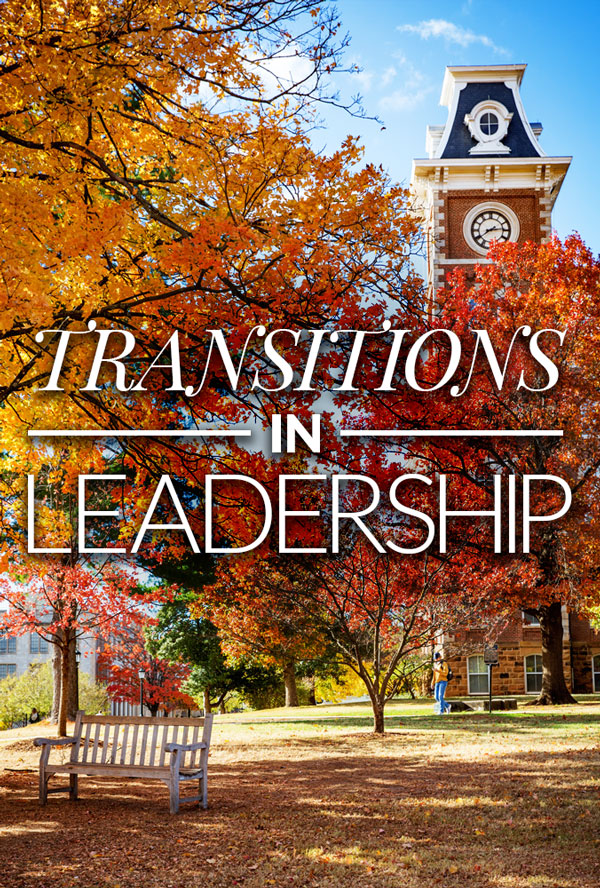 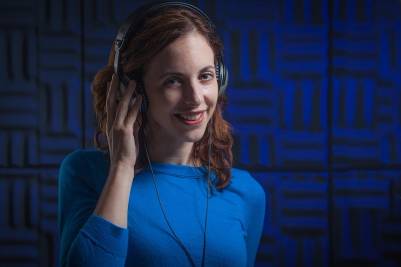 Margulis Named Kavli Fellow by the National Academy of Sciences

Elizabeth Margulis, professor in the Department of Music, has been named a 2016 Kavli Fellow by the National Academy of Sciences. The honor incudes her participation in the Japanese-American Kavli Frontiers of Science Symposium Dec. 2-4 in Irvine, California. 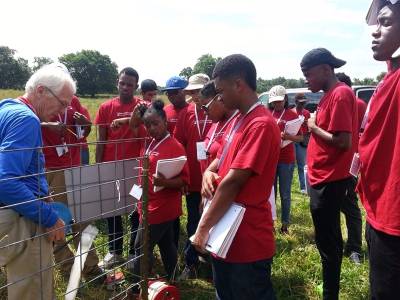 This week, 25 high school juniors from across the nation are visiting the University of Arkansas to take part in the Math, Science and Engineering Academy pre-college outreach program – known as MSEA – in partnership with Fort Valley State University in Georgia. 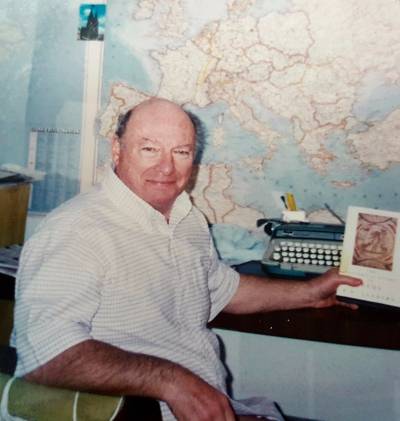 Focusing on international education is not unusual at the university's Fulbright College of Arts and Sciences – after all the college's namesake is quoted as saying "international educational exchange is the most significant current project designed to continue the process of humanizing mankind to the point, we would hope, that men can learn to live in peace." 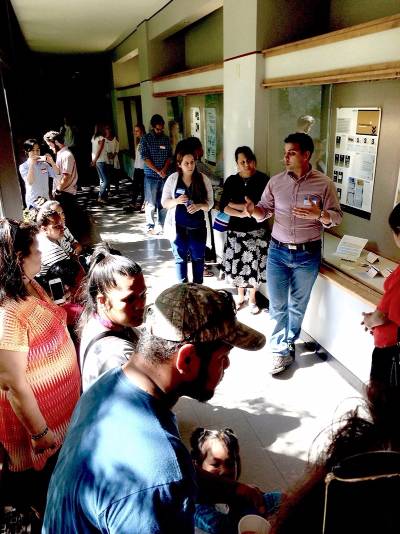 Being pulled over by a police officer can already be a nerve-wracking experience. Do you have your license and registration handy? Do you know why you were stopped? 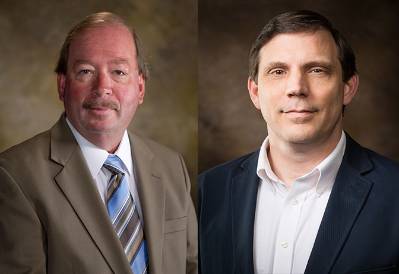 A new survey by communication researchers at the University of Arkansas revealed that Arkansas businesses frequently interact with state government online, especially for routine tasks, such as paying taxes or applying for permits. 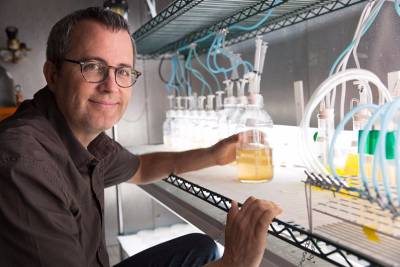 U of A Evolutionary Biologist Awarded $540,000 by Simons Foundation

The Simons Foundation has awarded $540,000 to University of Arkansas biologist Andrew Alverson to study the evolution of microscopic marine algae in the Baltic Sea. 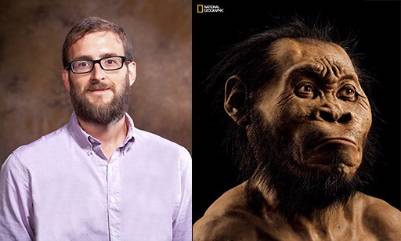 A University of Arkansas biological anthropologist is part of the international team of scientists who verified that fossils found in a South African cave belong to a new species of human ancestor. 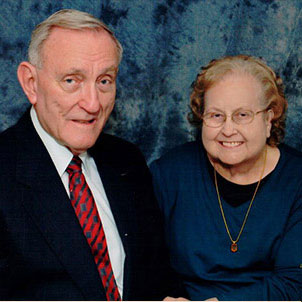 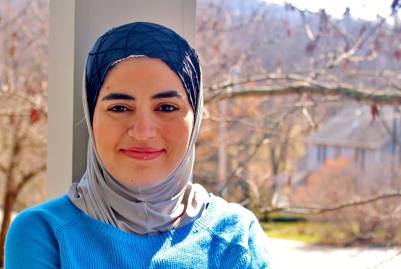 Kholoud Sawaf, who earned her M.F.A. in theatre directing last August, has been awarded an Artistic Assistantship in Directing at the Tony Award-winning Oregon Shakespeare Festival. 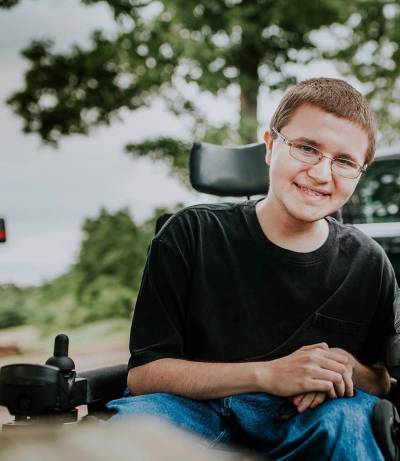 U of A Graduate Student Selected for DOE Science Research Award

Raymond Walter, a doctoral student in physics and mathematics, is the first student from the University of Arkansas selected for a U.S. Department of Energy Office of Science Graduate Research Award. 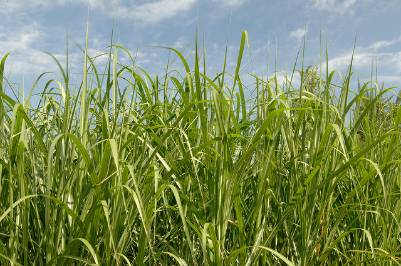 A University of Arkansas chemistry professor has received a $400,000 award from the National Science Foundation to investigate a roadblock in the harvesting of biomass from perennial plants for the purpose of creating a source of renewable energy. 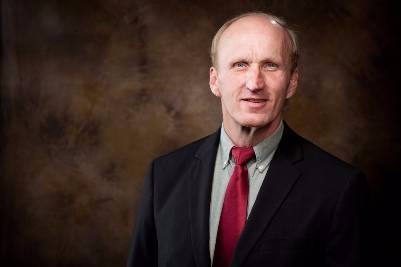 James Lampinen, distinguished professor of psychological science at the University of Arkansas, is partnering on a project with the Arkansas Association of Chiefs of Police to adopt a science-based model policy for Arkansas law enforcement officers to use that will reduce errors when collecting and evaluating eyewitness identification information. 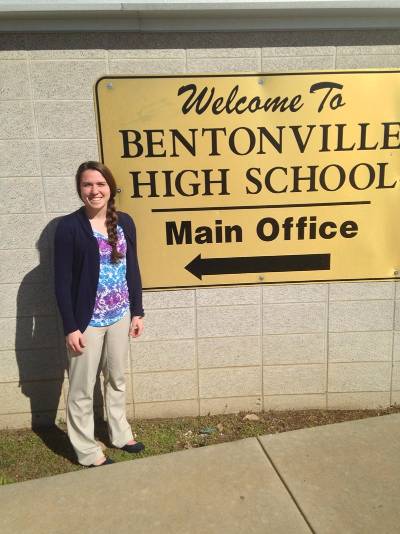 Only 12 universities in the nation – including the University of Arkansas – are being recognized this year by the Physics Teacher Education Coalition (PhysTEC) for graduating five or more well-prepared physics teachers in the past academic year. 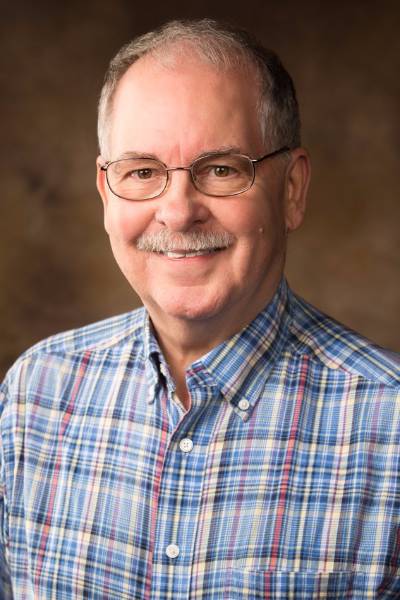 U of A Researcher Links Mass Extinctions to 'Planet X'

Periodic mass extinctions on Earth, as indicated in the global fossil record, could be linked to a suspected ninth planet, according to research published by a faculty member of the University of Arkansas Department of Mathematical Sciences. 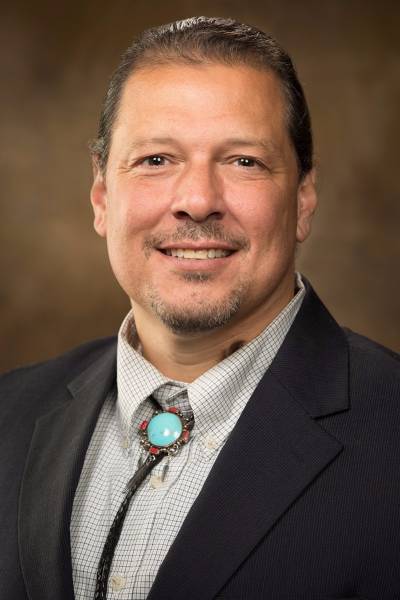 The University of Arkansas is helping lead an effort to develop a bioscience network of scientists in the United States and Southeast Asia. 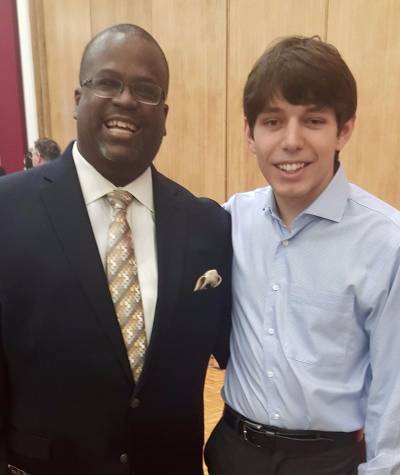 Undergraduate senior honors chemistry and mathematics major Craig McLean recently received not one, but two prestigious national fellowships, one from the National Science Foundation and a second from the National GEM Consortium.