In 1955, the Honors Program at the University of Arkansas was founded by Harold Hantz, Professor of Philosophy, and Ben Kimpel, Professor of English. Harold Hantz was involved with the Honors Program in Fulbright College until his death, providing his unique vision, clear perspective, and unwaver-ing commitment. The Hantz legacy continues today with all of our graduating seniors and their thesis directors.

Students may participate in the Fulbright Honors Program in one of two ways: College Scholars or Departmental Scholars. Every year, the top graduate in each honors track is recognized through an endowment from the Hantz Family.

College Scholars are asked to take most of their core courses at the honors level (including upper-level colloquia), meet all departmental requirements, and write and defend an honors thesis.

Named in honor of the sister of Harold Hantz, the Service Award is given to the student who has demonstrated outstanding commitment to the Fulbright College and the University of Arkansas. 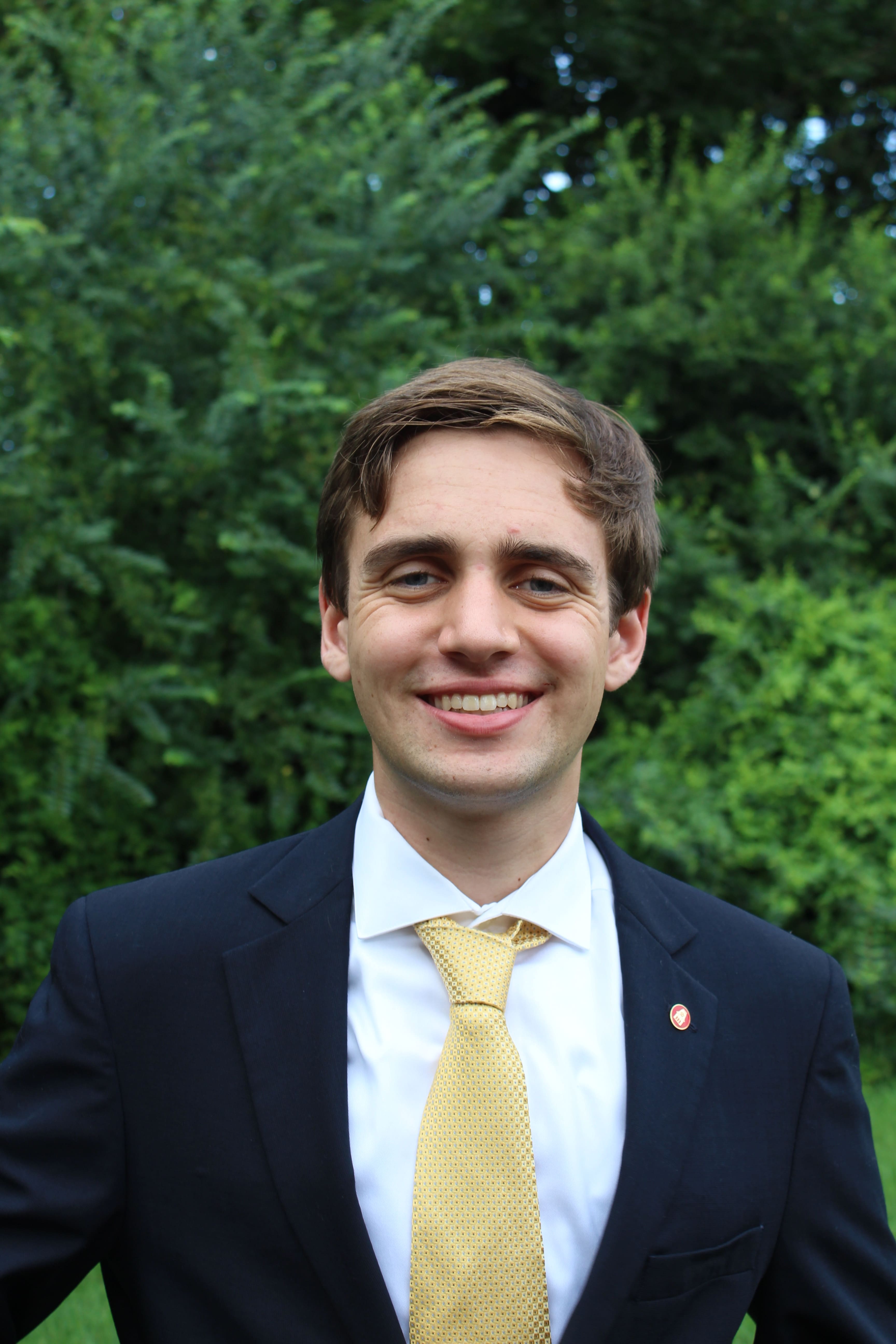 Active, engaged, intelligent, and easy-going are the words that best describe Andrew Palmer. A double major in biology and sociology and a Bodenhamer Fellow from Bentonville, Arkansas, Andrew has excelled at every aspect of student life during his time at the UofA. Andrew is a student you wish for, and I am proud and honored that he joined my lab.

I first met Andrew Palmer during a Biology Club mixer when he was just a freshman. To be perfectly honest, I did not expect any serious level of engagement from a student that night, let alone from a student that, at the time, had only single semester of college under his belt. After the first five minutes of talking with Andrew it was apparent that he was exceptionally bright. He asked great questions about science in general, about my research, and about how to plan for a career in science. It was clear that he was very driven. Even my colleague, who also interacted with Andrew that night, came away with the same impression of him that I did. Immediately after the mixer, I sent a follow-up email inviting him to join my lab meetings, which he did. I’m continually amazed with the level of intelligence Andrew exhibits in our weekly lab meetings—he is fearless when it comes to digesting scientific literature.

In addition to his research and academic endeavors, he also served as President of the Wildlife Society, overseeing and routinely planning networking and career development activities, as well as learning opportunities for our diverse student body. He was an active volunteer for the Beaver Watershed Alliance (BWA), removing the invasive honeysuckle, Lonicera maackii from Mount Sequoyah (located here in Fayetteville). The degree to which this particular honeysuckle species has taken over Mount Sequoyah made an impression on Andrew. Despite being a successful invader of the eastern U.S. generally, L. maackii is actually rare and endangered in its native range of China. He initially came to my lab wanting to develop a project where he might be able to tease apart the factors that have led to the differential the success of L. maackii both in its native and non-native range. He received two research grants through our honors college to conduct this research and gained experience with a broad array of scientific tools and approaches.

Andrew will move on to the University Chicago medical school program in the fall. If it was not for his passion for pursuing medicine, there is no question that Andrew would be a competitive applicant for the top PhD programs in the country. We are all sad to see him go, but we are also eager to see what the future has in store for Andrew! 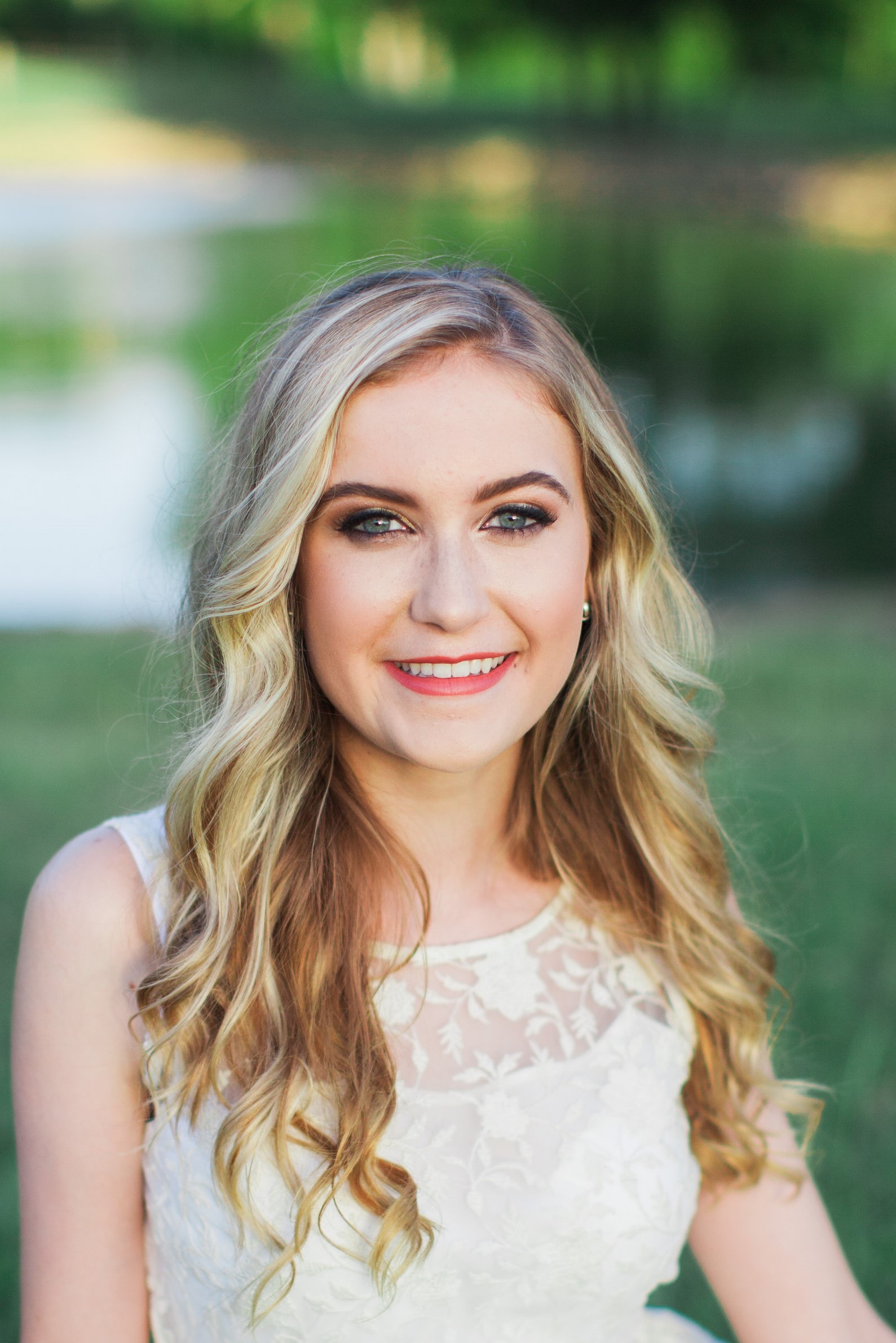 I have known Sara Swank for about 2 years as her Biochemistry teacher and as her research mentor. Sara is a very accomplished student.  She epitomizes talent, hard work and self-motivation.  She is an optimistic person and I have always seen Sara taking the failed research experiments in her stride with a smile.  I have been fortunate to mentor the research of over 100 honors undergraduate students and Sara clearly stands out among them.  She has tirelessly spent long-hours in the lab to successfully execute new and previously unexplored experiments.  I honestly believe that Sara has a ‘golden pair’ of hands for performing experiments in the research lab.  She could make some of the most difficult experiments to work in her first attempt.  In my opinion, she is star healthcare researcher in the making.  Sara is a leader and this is obvious from the several leadership positions that she has undertaken in different student and service organizations. Despite all her success as an outstanding student, the most notable feature of Sara’s personality is her humility.  Given these exemplary qualities, I’m confident that Sara will make our University of Arkansas family proud by all her future accomplishments! I wish her the best in all her future endeavors. 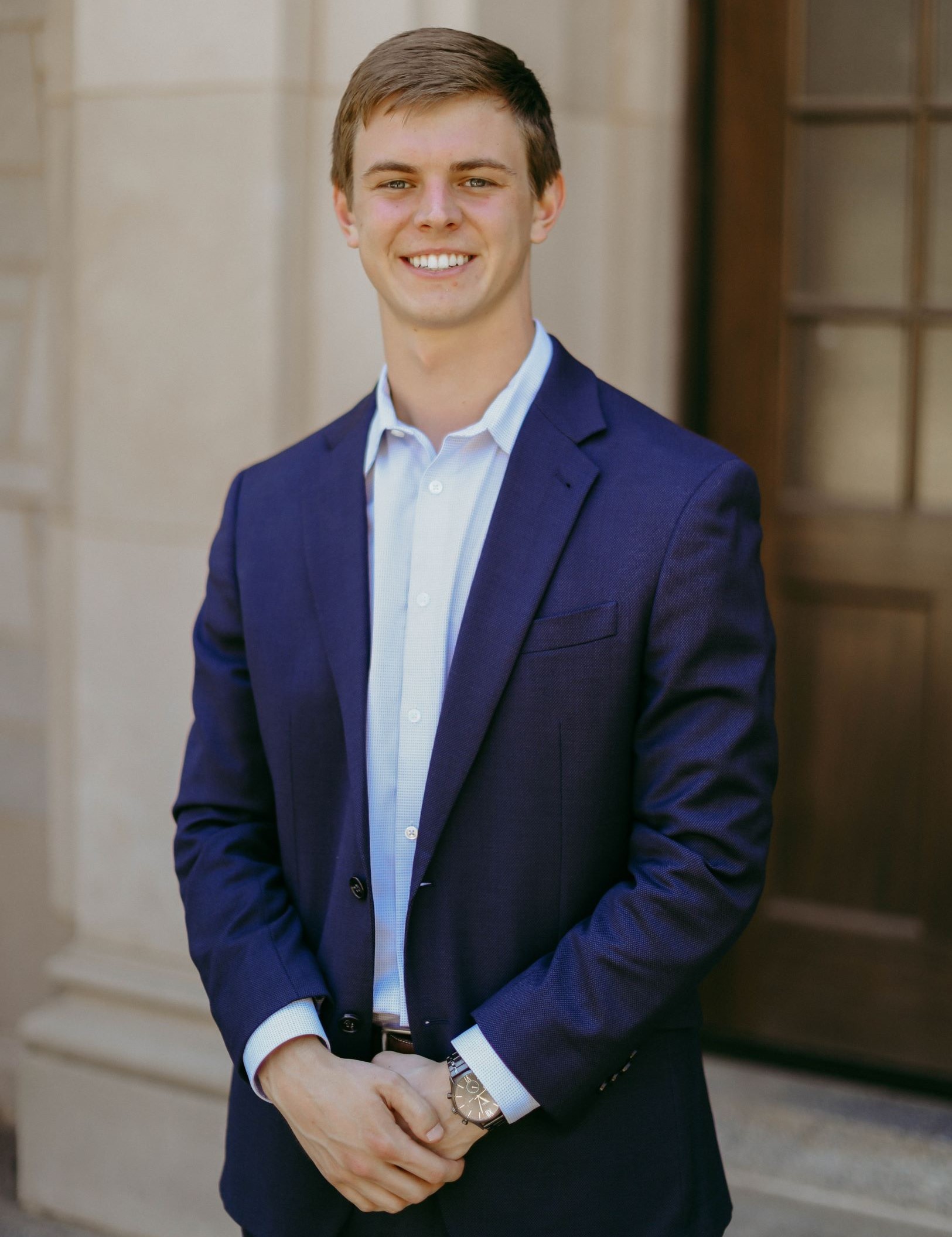 Servant leaders assume their positions for various reasons. I believe the best of these individuals do so with no regard for what they themselves will get in return.  In the past three and a half years that I have known W. Allen Lambert, I have witnessed firsthand his kindness, compassion, and quiet leadership, and those first-year students who were lucky enough to have him as a mentor have been blessed to have experienced the same.

As a three-time Peer Mentor for the Fulbright College Honors Program, Allen gave back to the Fulbright College Honors student body and has guided dozens of mentees through the difficult transition from high school to college. In his first year in the program, he met with honors first year students in weekly one-on-one meetings. In these meetings, he taught transition and coping skills to these students who otherwise may not have been as successful on their own.  In his second year with the program, he took on the challenge of working with my large university perspectives class and lead weekly meetings with 12 first semester students, served as the point person for the other 9 mentors in the same situation and attended the class as well. He offered his time and experiences to his mentees and helped to normalize a positive first-year experience in honors. This willingness to serve was also the reason I chose him to be the very first Assistant Director for the Peer Mentor Program in this, his 4th year as part of the program.  In addition to his normal mentoring requirements, he also took on the role of leader and coordinator for five other senior mentors and 30 additional peer mentors. His attention to detail and ability to get things done allows me to relinquish some of the responsibilities for the program without the fear that important tasks will fall through the cracks.

Maybe even more so than in previous years, the peer mentor program has been invaluable to our students feeling connected to our campus with so many being in all remote classes as well as many not even being in northwest Arkansas. Allen’s dedication to the program and his commitment to make it better with each year will ensure that his legacy within FCHP will also continue long after he is no longer on campus. With all the ways students can volunteer and give back to the University of Arkansas I am forever thankful that Allen chose the Peer Mentor Program to be his!

During Allen’s four years as an active member of the Sigma Chi Omega Omega chapter, he served with diligence, creativity, and passion. In the fall semester of his sophomore year, he served as the ritual chairman, in charge of new member initiation and proper ritual proceedings during chapter meetings. While balancing a heavy school load, he executed a successful initiation of 50+ brothers and received a high rating from the national fraternity. During Allen’s junior year he served as the chapter’s philanthropy chair. The philanthropy chairman is responsible for overseeing and executing any and all of the chapter’s philanthropic events. He, in conjunction with the active chapter, planned philanthropic events and ensured the chapter’s participation in other charity events on and off campus. He was also responsible for fostering an environment in which the brothers understood and valued the benefit of giving back to their community. Despite a short academic year due to COVID-19, Allen led the charge in raising over $20,000 for the Huntsman Cancer Institute. Lastly, during Allen’s senior year he served on the disciplinary board where he spent more time encouraging and leading young men than he did disciplining. In all, the Sigma Chi Omega Omega Chapter is a more respectable, bonded, and philanthropic chapter due to the servant leadership of Allen Lambert.