Message from the Director

Continuity and Connection: Seeking a Vision for the Indigenous Studies Program at the University of Arkansas

My office lies just up the hill from a campsite where, in the winter of 1839, a group of Cherokees rested before completing their thousand-mile journey to present-day Oklahoma, having been driven at gunpoint from their ancestral land. That night on Fayetteville’s square a fight broke out and a western-educated Cherokee translator named Nelson Orr was murdered. Later in that year and on this same hill a Cherokee woman named Sarah Ridge founded Fayetteville Female Seminary. Her home is the oldest house still standing in Fayetteville. And the next hill beyond, Mt. Sequoyah, honors the famous Cherokee language inventor, who once resided in Arkansas. This local Indigenous history—bundled with the earlier, centuries-old presence of Osages—place northwest Arkansas at the crossroads of Indian Country. And for this reason it’s an ideal place for an Indigenous Studies Program. 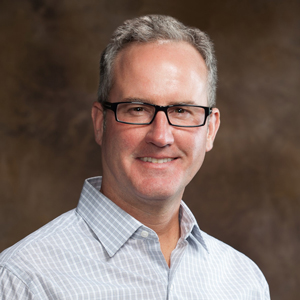 I’m Sean Teuton and the director of the new Indigenous Studies Program. As a citizen of the Cherokee Nation, which neighbors the area, I’m finding moving home invites the unearthing of such stories. My own family didn’t walk the Trail of Tears, but rode in a river boat under the command of Captain G. S. Drane. The trip took over three months: 1072 passengers, 146 deaths, 2 births. The people and the land suffered, but the land reforested and the people revived. We look upon these stories with sorrow but also pride—in Indigenous fortitude, resistance, resilience.

In our busy lives today it might be seem inconvenient to pause and consider the land in this way. After all, some might say, many tales can be tied to a piece of earth and in the end such tales are trapped in a past we’ll never fully understand. Here I dare reference contemporary politics and those voices that try to turn away from our shared past. And yet stories tied to the land are all we have. That truth goes for not only Indigenous people but indeed all humanity. In fact, we might say that “retelling” the world is our primary human activity. I’m fascinated with the past and the human record, but ultimately insofar as these offer stories that sustain our students. As a scholar of Indigenous literature, I hear a calling to understand what difference different stories make as we, through verbal art, seek a clearer truth about our shared past and how that past bears on our world today.

"As the program director, I wish to enable a sustained discussion to define the program’s strengths and direction."

I appreciate your pausing with me on such ideas, for I hope they will become more central as the Indigenous Studies Program continues to grow. As the program director, I wish to enable a sustained discussion to define the program’s strengths and direction. Today, with nineteen affiliated faculty members in multiple disciplines, who share their world-class research with Indigenous and non-Indigenous students from Arkansas and beyond, the program may one day offer an undergraduate major, become a department, and stand among the nation’s foremost sites for the production and dissemination of Indigenous knowledge. These scholarly and academic strengths might be showcased in an Indigenous Studies Program that itself recognizes its place in a unique Indigenous landscape. Arkansas is home to a vast concentration of pre-contact Indigenous towns, which include most notably a famous temple mound city called Toltec, near Little Rock. Some of the most treasured object of this fascinating material culture are housed here at the University of Arkansas. How might the Indigenous Studies Program define and share this Indigenous legacy in these lands with the university community and the state of Arkansas?

This record also shows us that any successful local project is unavoidably pursued through a great network of communities and nations. After all, long before the founding of the University of Arkansas in 1871, Osage’s knew every creek and hill as a tapestry of homeland. They called Fayetteville’s square Prairie Hill for it was a treeless, tall grass mound. Even then this region was likely an abundant crossroads that lay among prairie, mountain, and river. The area thus drew trade not only in materials—but also in ideas, the very activity that defines a university. For instance, while the university houses the famous Resting Warrior statue found at Spiro in Oklahoma, that sacred object was traded from Cakohia in Missouri, cradled down rivers to arrive in this region. Centuries later Cherokee and white women alike attended the seminary in town in defiance of warnings against mixing races in schools. These instances alone suggest that the flourishing of local Indigenous communities has always been a global venture. How might the Indigenous Studies Program institute a model of regional growth through global exchange?

As the new Indigenous Studies Program grows, this exercise in vision will become fundamental—but of course in can’t succeed without practical implementation of ideas. To this end, the program might seek to attract scholars and build a curriculum that constantly enacts the above vision. For instance, it would be hard to imagine a sustainable Indigenous Studies Program without the study and instruction in the region’s Indigenous languages. While the teaching of Choctaw has occurred here, we should seek to provide instruction in Cherokee and Osage, Caddo and Quapaw. On the more global side of these plans, we are pleased to announce the affiliation with a new historian, who specializes in Indigenous history in Latin America.

Whether recalling the time worn-place of Indigenous people here in the Ozarks or inviting faculty to build on such a place with knowledge from abroad, the Indigenous Studies Program can focus on these two interlocking ideas through what I like to call “continuity and connection.” We promote continuity when we honor the longstanding presence and ongoing needs of Indigenous communities in Arkansas; we build connection when we share and exchange this continuity with the broader Indigenous world in a commitment that in fact strengthens local continuities.

Indeed, these intertwined concepts have long been at play in our events, from powwow to silent film. At such events we gain insight into those stories and songs that nurture Indigenous peoples from Arkansas and throughout the continent. So doing we celebrate the vitality (and warn of endangerment) of Indigenous peoples, but also educate and entertain the university and Fayetteville communities. Such events are statements of continuity and connection: performers enlighten observers with sacred events that tie Indigenous people to ancient land through the continuity of verbal art. But such events quite often tell of local happenings that nonetheless make global impacts. In performing narratives, as always, such artists proclaim the sovereignty of their nations and territories, but also the human rights of those throughout the land. Viewed in this light, Indigenous art, and especially oral traditions, comprise vast bodies of philosophical knowledge—what we might call disciplines—that revitalize Indigenous peoples and inform those beyond. The Indigenous Studies Program might thus continue to envision and produce such events as an annual practice in our best Indigenous ideas. Like a ritual in renewal, our annual events to honor Indigenous People of the Americas can reaffirm our calling as the Indigenous Studies Program at the University of Arkansas.

In the end, it might be that stories are all we have—or need—to explain our attractions to Indigenous lands. On the stories I mentioned and other shared narratives that locate and extend the Indigenous world, we can build an Indigenous Studies Program!