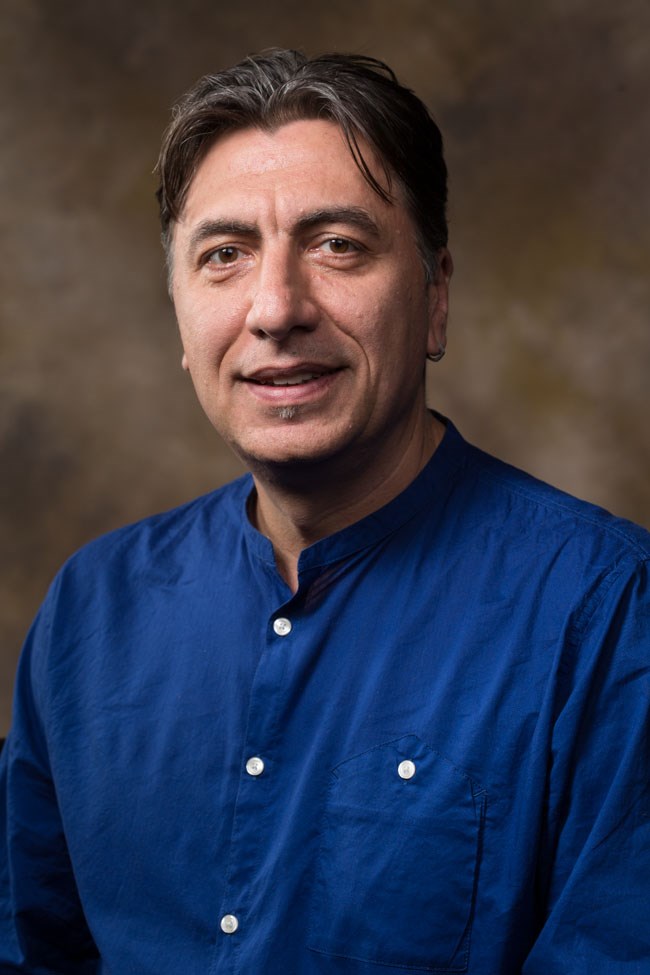 Nikola Radan is a composer, producer and music educator. He is the founder of the critically acclaimed world music ensemble, BalMus, and cofounder of the awarded music project Clash of Civilizations.

Nikola hails from Belgrade, Serbia where he was educated as a classically trained flutist and composer. He studied, graduated and earned his Master’s Degree at the University of Music Arts in Belgrade, under the tutelage of Professor Miodrag Azanjac, one of the most prominent flutists and artistic figures in the Balkans.

After moving to America in 1991, he started his teaching career and at the same time worked for several years on developing a unique technique to make conventional flute sound like an ethnical instrument and as a result of his research he published his master work “New sounds for flute in contemporary music and modern improvisation based on the sounds of cross-world traditional instruments.”  This particular and unique sound has become a hallmark of Nikola’s music ever since, easily distinguishable in both in his personal and group projects alike.

Nikola’s music was premiered in the Istanbul Jazz Festival 2004, St. John's Smith Square Concert Hall in London 2005, Carnegie Hall 2006, and Houston Contemporary Music Society 2009 among many other places across USA, Japan and Europe, as well as music scores for several documentaries and independent films which were aired on PBS, Sundance and IFC channels.

Nikola’s current project, Clash of Civilizations, pursues music which is provocative and has an evolving and open concept that is influenced by politics, religion, science and the other humanities. Coupled with his unique way of musical storytelling and experimentation, the CoC became an ideal platform for bringing up another way of speaking out on some of the topics that confront regular people, overlooked and downtrodden by political and economic games being played out on a larger scale.