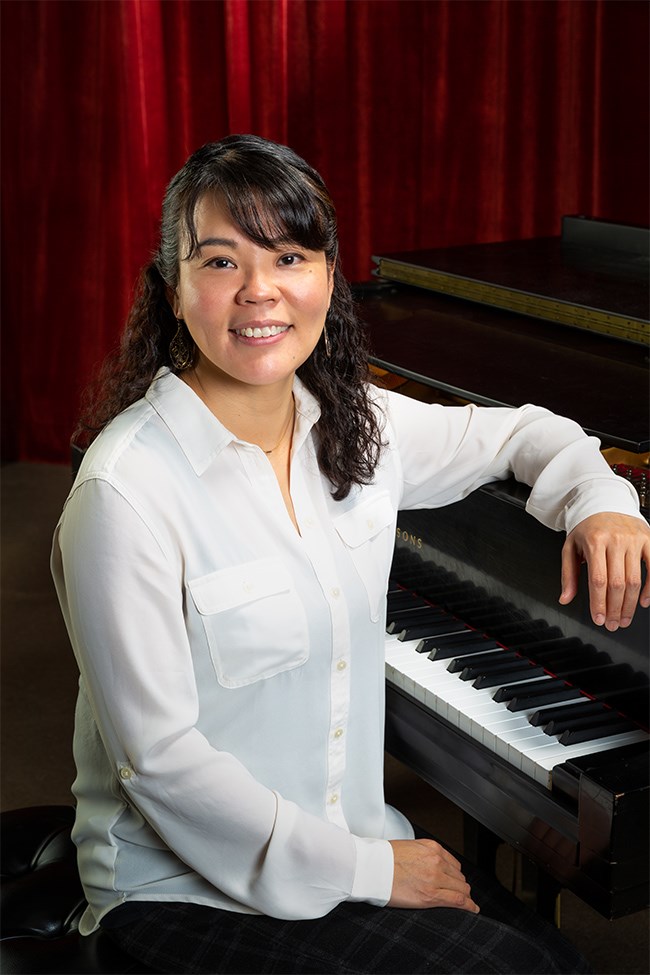 Pianist Tomoko Kashiwagi, a native of Japan, began her piano studies at the age of 6. She completed her Bachelor of Music and Master of Music degrees as well as the Performer Diploma in Piano Performance at Indiana University. She is the first recipient of the Doctor of Musical Arts degree in Collaborative Piano from the University of Texas at Austin.

Ms. Kashiwagi performs regularly with double bass soloist DaXun Zhang nationally and internationally. These performances have taken the duo to such prestigious venues as the Kennedy Center in Washington D.C., the 92nd St. Y in New York, the Gardner Museum and Jordan Hall in Boston. They have also performed at the Suntory Hall in Tokyo, Central Conservatory in Beijing, Guildhall School in London and Teatro Nacional in Panama among others. In 2010, the duo was awarded the Aoyama Music Award for best performance of the year at the Aoyama Music Memorial Hall in Kyoto, Japan.

During the summers, she has served as a staff pianist at the Interlochen Arts Camp and was the piano faculty at the Ithaca College Suzuki Institute. Currently, she spends the summer at Meadowmount School of Music where gifted string players gather from around the world.

Ms. Kashiwagi served as a piano faculty at the Austin Chamber Music Center and worked as a staff pianist as well as the Program Coordinator for the Collaborative Piano Program at the Butler School of Music at the University of Texas at Austin. She has been the official pianist at the International Society of Bassists Conventions as well as MTNA competitions.

Ms. Kashiwagi joined the faculty at University of Arkansas in Fayetteville as Instructor of Piano and Collaborative Piano in Fall 2012.