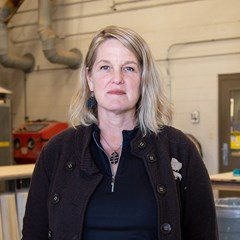 Professor Jeannie Hulen has been Associate Dean at the University of Arkansas since 2017.  Her previous appointment was Chair of the Department of Art and in her administrative leadership she stewarded historic gifts from the Walton Family Charitable Support Foundation and Windgate Charitable Foundation, $120 Million and $40 Million respectively, for the establishment of a world class School of Art. Her first ceramics faculty appointment to the University of Arkansas was in 2002.

In 1995 she received a BFA from the Kansas City Art Institute, and MFA from Louisiana State University in 2000.

Professor Hulen has exhibited internationally including many exhibitions in conjunction with the National Council for the Education of Ceramic Arts. In 2009 she was a Resident Visiting Artist at the Tainan National University of The Arts in Tainan, Taiwan. She currently has ongoing research in West Africa following her 2018-2019 US Fulbright Scholar post at the Kwame Nkrumah University of Science and Technology in Kumasi, Ghana. 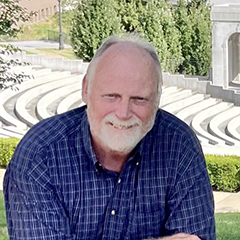 Dr. Christopher Liner has been a University of Arkansas faculty member for more than 10 years, holds the Maurice F. Storm Chair of Petroleum Geology, and is a university alumnus.

In addition to the University of Arkansas, Dr. Liner has also worked at the University of Houston and the University of Tulsa.  He has extensive field and professional experience, previously working for Conoco, Golden Geophysical Corp and Saudi Aramco in Saudi Arabia, and serving as an industry consultant for various companies in countries around the world, including Iraq, Oman, Tunisia and Indonesia.

Dr. Liner has served as editor of the journal Geophysics and as president of the Society of Exploration Geophysicists (SEG), presented his research at dozens of conferences around the world, authored book chapters and articles, co-authored The Art and Science of Seismic Interpretation, and authored Elements of Seismic Dispersion: A somewhat practical guide to frequency-dependent phenomena, and Elements of 3D Seismology, which is now in its third edition. 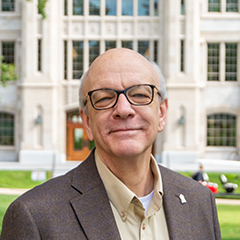 Dr. McNabb holds a B.S. in microbiology from the University of Texas at Arlington, and a Ph.D. in biochemistry and molecular biology from Louisiana State University Medical Center. His research interests center on the development and identification of antifungal compounds or peptides for potential use in the treatment of fungal infections in humans, determining the role of the CCAAT-binding factor in Candida albicans pathogenesis, and the application of solid-state nanopores as single molecule detectors for applications in biological systems.

Additionally, Dr. McNabb has received millions in research funding from organizations including the National Institutes of Health, the National Science Foundation, the Howard Hughes Medical Institute, the Arkansas Biosciences Institute, the American Heart Association, the U.S. Food and Drug Administration, and more.  He also holds four U.S. patents for his collaborative research, has authored or co-authored dozens of articles in top journals, and serves as an ad hoc reviewer for multiple scientific journals and cell and molecular biology textbooks.  Dr. McNabb is also a member of the American Heart Association’s Council on Genomics and Precision Medicine, the American Chemical Society’s Biological Chemistry Division, Sigma Xi, the Genetics Society of America and the American Society for Microbiology. 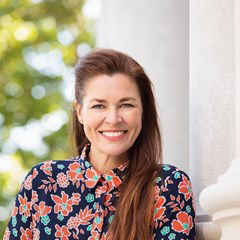 Dr. Stephanie Ricker Schulte is Interim Associate Dean and Professor of Communication at the University of Arkansas. From the university, she has received Master Researcher and Master Teacher Awards from Fulbright College of Arts and Sciences, a Faculty Gold Medal, and an Outstanding Mentor Award.

She earned her B.A. in Communication, German Language and Literature, and Gender Studies from the University of Arkansas.  Dr. Schulte earned a M.A. in Media and Public Affairs, as well as a Ph.D. in American Studies from George Washington University.  Her primary areas of research include communication technologies, popular culture, and transnational media policy.

A former Fulbright Scholar, Dr. Schulte has received the Osborn Teacher-Scholar Award and the Ragsdale Award for Mentoring from the Southern States Communication Association, the Society for Cinema and Media Studies Dissertation Award, the American Studies Association’s Gabriel Prize, as well as several national and state-wide grants, including an SEC Faculty Grant. 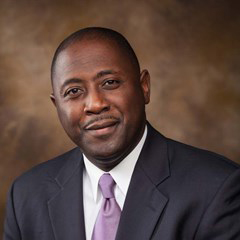 Dr. Calvin White, Jr. has been an Associate Dean since 2018.  He joined the University in 2007 as an Assistant Professor of History and was promoted to Associate Professor in 2013. Dr. White’s administrative experience includes tenures as chair of the Department of History and Director of the African and African American Studies Program.

Dr. White holds a B.A. and M.A. in History from the University of Central Arkansas and earned his Ph.D. in History from the University of Mississippi.  His primary area of study is the U.S. South, with a concentration on the African American experience and exploring the ways in which religion, music, and other cultural variables, influenced the development of black identity in the Arkansas and Mississippi Delta.

Dr. White served as a fellow in the SEC Academic Leadership Program and has been recognized for his commitment to his students, teaching, and diversity.  His book The Rise to Respectability: Race Religion and the Church of God in Christ was released in October 2012. Currently, he is working to complete a biography of Oscar Stanton De Preist, the only African American to serve in Congress from 1929-1934, which is under contract with Palgrave Macmillan.