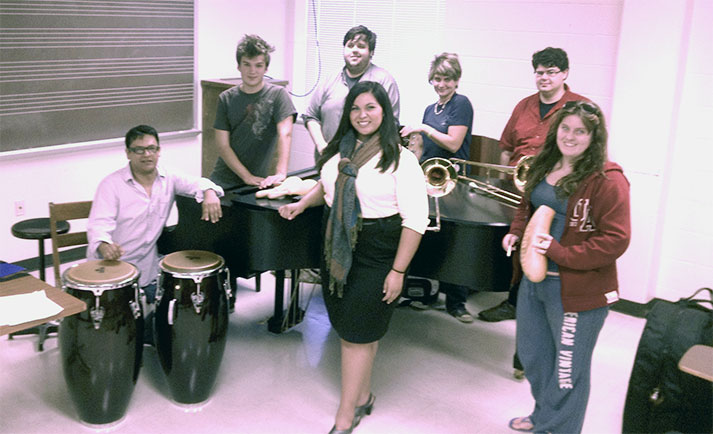 The Latin American Ensemble at the University of Arkansas explores the richness and diversity of the music of Latin America and the Caribbean. The ensemble's repertoire encompasses a wide range of styles, from old traditional forms such as Son, Danzon, Cha-Cha-Cha and Mambo to newer music styles such as Latin Jazz and "pop" influenced music as Salsa and Timba. A typical performance involves guest singers or instrumentalists performing the biggest hits of Latin music and music composed and/or arranged by the instructor and students. The ensemble performs one concert per semester, and organizations frequently invite the group to participate in events on and off-campus.

The Latin American Ensemble is open to enrollment for music majors and non-majors alike.  Interested students must meet with the instructor for a brief audition at the beginning of each semester.  If you have questions, please contact Professor Fernando Valencia by email: jvalenc@uark.edu 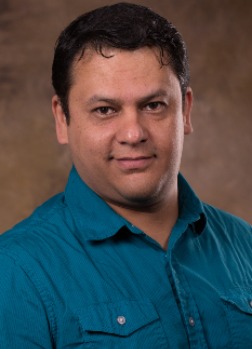